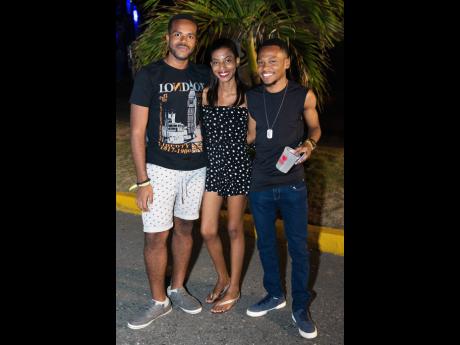 Darien Robertson
From left: Chad Lambert, Amouy Stennett and Chevaughn Whyte came out with soca on their mind. 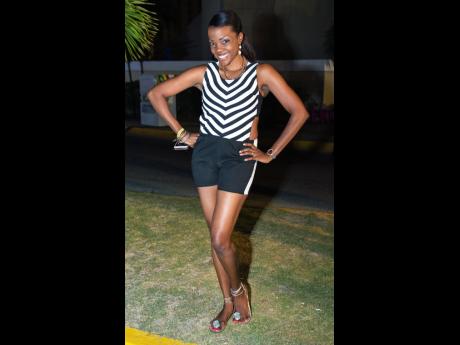 If you are a die hard soca fan, then you would have been upfront and centre at the highly anticipated — I Love Soca.

Fashionable socaphiles ventured to downtown Kingston’s waterfront on Carnival Wednesday in fine style to indulge in the sweet sensation of soca.

The coolest cooler festival set the stage for everyone to take a drink, with or without chasers, and with good music and great vibes, revellers from the wider Caribbean and the Diaspora, linked up for one mission and one mission only — to get on bad and make a mess with friends as well as team up with complete strangers.

The higher the energy, the lower the waistlines went. Soca artistes Kerwin Dubois and Skinny Fabulous took over the stage with their performances. Sean Marshall and Sekon Sta also made a surprise appearance. And just when they thought soca had them beat, they were given a splash of dance hall from the Doctor himself — Beenie Man.

The DJs were not to be left out. Nuphoric, among others, took their attentive audience on a journey through the years to test their knowledge on all things soca. The crowd responded with gratitude, making their space their very own stage, with no apologies for their 'wuk up’ behaviour.

The last 20 minutes were split evenly between Rico Suave and Richie Ras with DJ Smoke. Lighters and phone went up as Rico Suave switched things up for the sing along segment. Patrons partied New York style, joining in on the tribute to popular reggae artistes.

They kept it short and spicy and introduced dance hall into the mix, emerging as champions among the crowd. If you weren't present, you missed out on an epic experience. But no worries, check out our highlights.