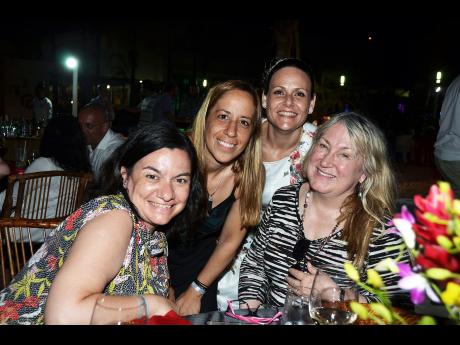 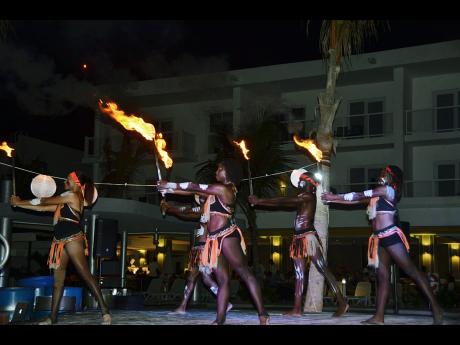 The RIU dancers performing at a beach party for international media who were visiting the resort this past week. 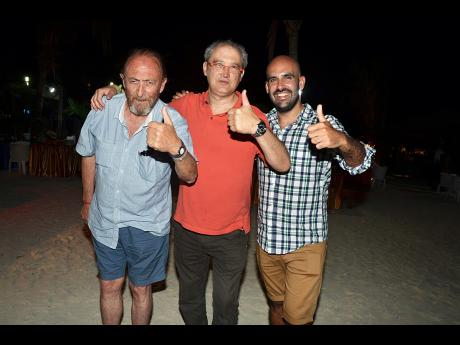 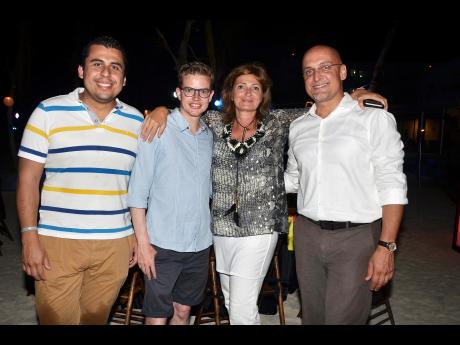 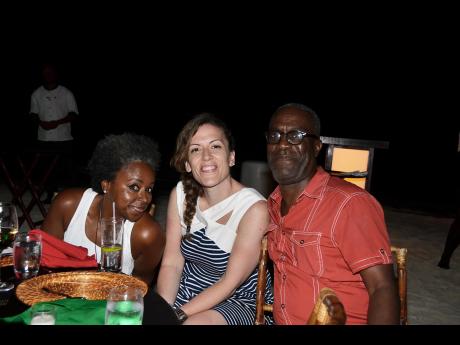 Twenty of the world's most influential travel writers were given a taste of the new Riu Reggae - the renovated Club Hotel Riu Negril - which had millions of dollars pumped into its refurbishing, and Riu Palace Jamaica this past week.

The group, some of the most respected in their trade, arrived on the island last Saturday from countries such as Belgium, the United Kingdom, Canada, United States, Spain, Colombia and Argentina, experiencing the diversity and beauty of what makes Jamaica special.

On Tuesday, they were feted at a strictly Jamaican beach party, infused with the rich African culture at Riu Reggae.

Complemented with a fare that defined the country's culinary mastery, the chefs at the resort went all out serving up curried goat presented in the midst of potatoes; dasheen covered with callaloo; sweet corn, accompanied by oxtail, along with the usual suspect - jerk chicken.

Since both Riu Reggae and Jamaica Palace opened their doors, the hotel chain has not done a major press junket.

"So with the massive renovation at Club Hotel Negril, we knew this was the perfect time to showcase all three," said Laura Malone, public relations manager at RIU.

The resort added local attractions such as Scotchies, Chill Out Bar, horseback riding at Rhodes Hall Plantation, the world famous Rick's Cafe and the 600-foot cascading waterfalls at Dunn's River to an exciting itinerary.

The Gleaner brings you highlights of the beach party.