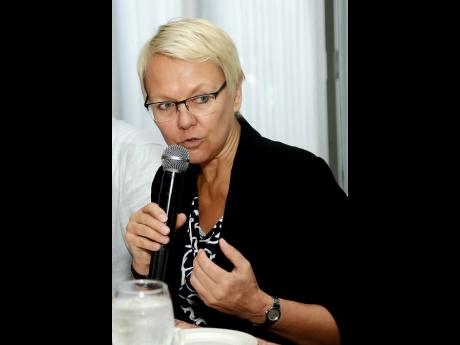 Ian Allen
This will be Wasilewska's first Europe Day celebration in Jamaica.


Today the European Union Delegation in Jamaica will celebrate Europe Day and the 60th anniversary of the signing of the Rome Treaties (which heralded the birth of a united Europe).


Europe Day is a celebration of the Declaration delivered on May 9 by then French Foreign Minister Robert Schuman — five years after the end of the second World War.

Celebrated each year since 1986, Europe Day is the occasion that draws Europe closer to its citizens and celebrates the unprecedented peace, prosperity and security that Europe has enjoyed since the signing of the Rome treaties in 1957, which gave birth to the European Union six decades ago.

"I am proud to represent the EU in Jamaica and also of the partnership we have enjoyed over the last 43 years," said Malgorzata Wasilewska, head of delegation, European Union. "I am looking forward to my first Europe Day celebrations here, and also to strengthening the EU's excellent relationship with the Government and people of Jamaica to tackle key global challenges."