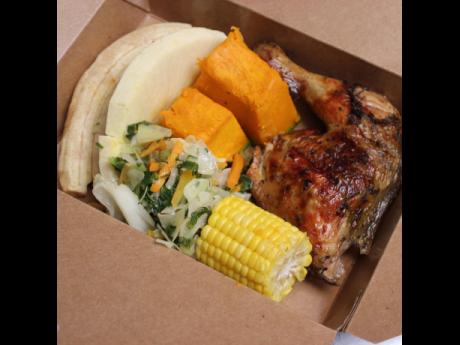 Widely perceived as the healthiest quick service restaurant (QSR) chain in Jamaica, Island Grill has taken their philosophy a step further, with the launch of their “Supaah Food” menu. The menu consists of locally grown foods that are considered super foods based on their nutritional value — in line with the country’s mandate to encourage Jamaicans to eat local and healthier.

Founder and CEO of Island Grill, Thalia Lyn said the new menu is a response to customers’ requests to have more locally grown, wholesome, healthy foods and ground provisions as part of their lunch offerings.

“Supaah Food is a natural extension to Island Grill’s philosophy of “Eat Good, Live Good,” which is an idea that has always dominated our kitchens, as almost all our meals are prepared from scratch everyday, using fresh ingredients only,” Lyn stated.

The Supaah Food menu will contain a choice of callaloo or cabbage which are rich in iron and fibre among other essential vitamins, breadfruit which contains potassium and Omega 3 and 6, pumpkin which is full of beta carotene and Vitamin C, and both green banana and corn which are excellent sources of energy with their high Vitamin B6 content.

“We also ensured that the Supaah Food menu is in keeping with recent healthy trends, so it is gluten free with the exception of the Supaah Food Yabba Veggie Stew which contains wheat. It also does not contain any artificial flavouring or preservatives,” Lyn states.

Island Grill’s move to introduce the Supaah Food range comes on the heels of the Ministry of Health’s Jamaica Moves campaign, and the establishment of the National Food Industry Task Force, which is in keeping with the direction of the country towards a healthier lifestyle.

The Supaah Food meals can be paired with either jerked or barbecued chicken, veggie stew, curry or fricassee chicken as well as Island Grill’s very first vegan offering — “Jus Food”, which is 100 per cent plant-based.