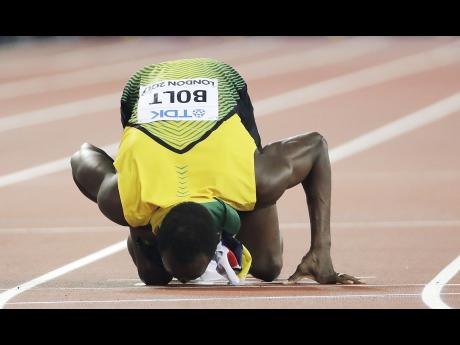 AP
Usain Bolt kisses the track after his final individual run at the 16th IAAF World Championships in London. 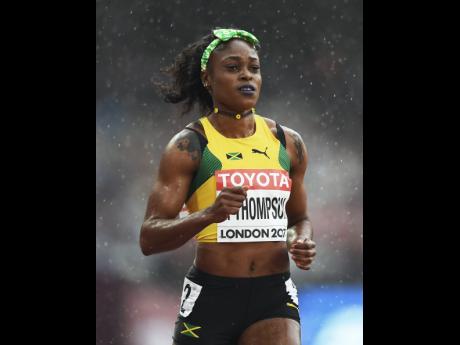 Ricardo Makyn
Elaine Thompson was a sure gold in the 100 metres finals but that did not materialise. 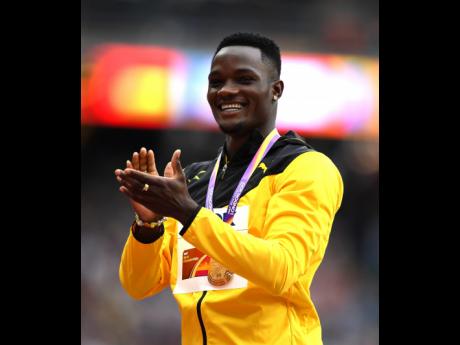 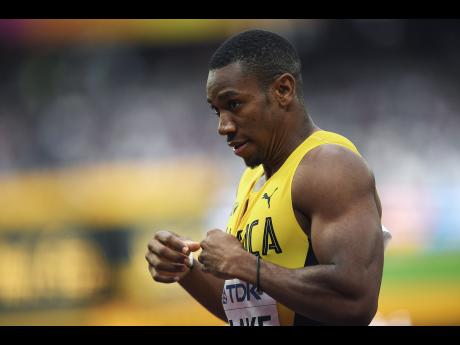 
This week on 'Twas Trending, we have World Championships and a Wal-Mart glitch.

Farewell Bolt!
Many Jamaicans were holding out for a gold, but the fastest man in history had to settle for a bronze. But that didn't seem to matter to his legion of fans as he completed in his final individual run in London. He had an exemplary career, and in fine style the fans in the stadium chanted his name as Gatlin finally got his World Champion title — but it was clearly Bolt's day. He was celebrated like a true legend, and we could not be more proud.

World Champs Disappointments?
For a tiny country that is just is a dot on the map, we have created some phenomenal athletes. Unfortunately for this World Championships, we are not turning over the medal counts as much as we would have liked, but we all have our bad days at work, and that seems to be the case for our athletes.

None of our men made it to the 200 metres finals, and what we thought was a sure gold for Elaine Thompson did not materialise. We are still proud of them, and medal or not, they are our World Champions.

Celebrating our Champions
Omar McLeod, what can we say? He brought home the gold in fine style and we never saw Ristananna Tracey coming in the 400 metres hurdles, but you got us the bronze and it felt like gold!

Walmart Pranked?
This week controversy surrounded the popular American franchise when a photograph of a gun rack on display, with the tag line "Own the school year, Like a hero", was placed at the top. Said to have been taken at a Walmart outlet, it went viral. In the meantime the franchise has apologised and is investigating what really happened and where the photo was taken.