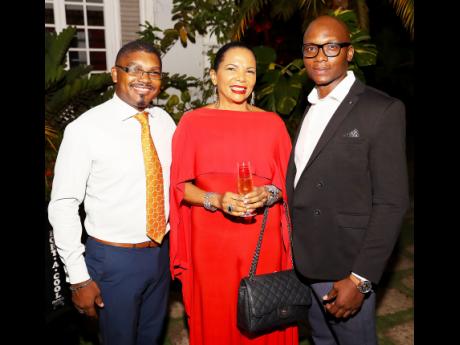 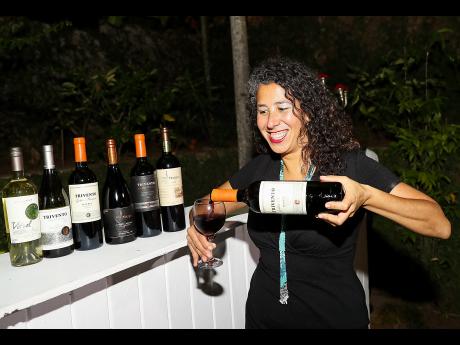 Contributed
Ready to sip on some Trivento!
1
2

Back in February 2016, GraceKennedy Limited entered the wine market with the launch of Harbour Wines and Spirits. Since then, customers and consumers alike have been able to experience a wide range of wines with a variety of tastes to meet every palate and pocket from countries such as Argentina and Chile.

On Monday, specially invited guests were given a tour of South America with the very best wine the region has to offer, from the Maipo Valley in Chile, to the Andes mountain range in Argentina. The occasion saw the Argentinian and Chilean embassies joining forces with Harbour wines for a wine dinner at the residence of the Chilean Ambassador, Francisco J. Bernales. The evening was a dream, finally realised by Argentinian Ambassador to Jamaica Areil Fern·ndez.

With Patricia Guzman, wine ambassador of Concha y Toro for the Latin American region, in the island, she was the perfect captain for the gastronimic fare - six-course meal prepared by Culinary Federation of Jamaican's chef Patricia Jose Malcolm with a capable team including Junior Chef of the Year Stephaun Farquarson and noted executive pastry chef Lincoln Peterkin.

Tying it all together with dishes including lobster served in a coconut shell topped with corn chips and toasted pepper flakes or a Jamaican-style Beef Wellington, it was a feast for the palates.