An artful Xmas in Kingston 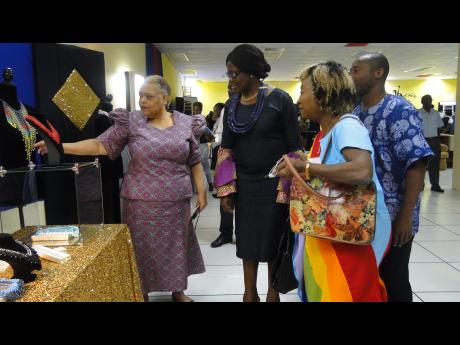 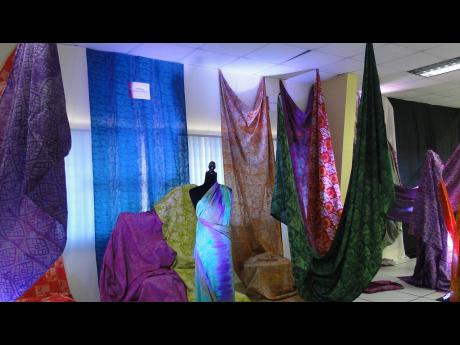 Jamaica has no shortage of talented artists and artisans. From east to west, north to south, they have been creating world-class pieces that betray the depth of their intuitiveness and training. Their entrepreneurial zeal is as amazing as their art.

They are not sitting and waiting for a buyer to come along, they are taking their art to the people. And for this Christmas season, Kingston was a kaleidoscope of art shows and fairs. The Gleaner, visited most of them and could not get enough of the imagination and artistry.

It all started with the Antiques and Collectibles Fair in mid-November. Going on for 27 years now, this event is about pieces from the past, mainly, and among these pieces were paintings, vintage and modern artwork. Even the items that were 'not art', had an artsy look about them. They were what you call functional art.

The creativity of the Jamaican people exploded inside the grand ballroom of the Jamaica Pegasus hotel also early in the season. The purpose of the events was to give artist and artisans a chance to showcase and market their products. The space given to the pop-up booth-holders was free of cost, sponsored by National Bakery Company, and the entrepreneurs were only too happy to gobble up the opportunity at A Jamaican Made Christmas.

On Thursday, December 6, art, fashion and fabric were fused at Design Fusion inside the hall of the Jamaica Business Development Corporation’s Incubator and Resource Centre along Marcus Garvey. In a six-week programme, entrepreneurs were trained in batik dying, beading, and chasing and repousse art by Nigerian cultural diplomats, Alao Luqman and Pendor Peji. Design Fusion was to showcase and market the pieces produced by the participants.

Grosvenor Galleries Christmas Fair, was a crowd puller for two days, Saturday, December 8 and Sunday, December 9. It was a buyers’ event it seemed, as business was brisk, and vendors were smiling. Devon House was also a popular venue for three consecutive Sundays, as the 'Market' took over its lawn.

Mazola, the Kenyan-Jamaica fusion artist, and company chose F and B Downtown  to showcase their pieces on Friday, December 14, in an event billed as ‘Fi Wi Own – Sights and Sounds of Jamaica.

Mazola was back, in Hope Pastures, on Saturday and Sunday, December 15 and 16 on the Jamaica Horticultural Society Showground, which was transformed into a big outdoor gallery, as it hosted this year’s Association of Jamaican Potters’ annual art and craft fair. There were not many clay pots, but exquisite ceramic pieces were pulling people’s hand to their wallets and purses.

Renowned Jamaican water colourist, Patrick Waldemar, had a one-man show at the Olympia Gallery in Papine, and he did not fail to impress. His pieces of Jamaican sights and scenes, nuances, and motifs, were calming, pulling patrons into their watery embrace. And on two days the master demonstrated to onlookers how it is done.

Patrons had a blast, with so many events to go to, and so many things to feast their eyes on. And from the look of things, many people should see a piece of artwork emerging from wrappers on Christmas day, for the Kingston art scene this Christmas is rich, vibrant and busy.