Coffee buzz around the world today 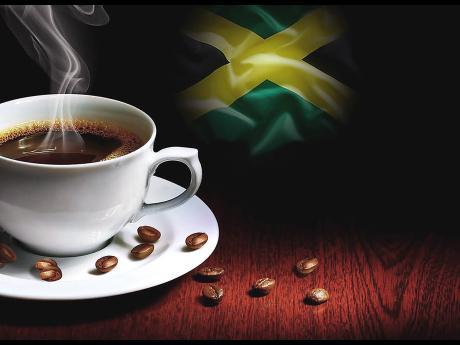 International Coffee Day, officially established on October 1, 2015, is a day set aside to celebrate coffee and the people who produce it including farmers, baristas, cafes and everyone in-between.

Across the world, coffee houses and their ilk, prepare with deals and special offers on coffee eats and treats, to go along with the discounted cups of molten java.

Coffee has a history as old as time and has been enjoyed around the world by young and old alike, with Brazil being its number one producer with South East Asian countries Vietnam and Indonesia, as well as neighbouring Colombia, following closely behind.

The growth of this million dollar industry, led by the various latte trends around the world, displayed gleefully on Instagram, has been faced with some moral and ecological quandaries. That in itself has pushed the International Coffee Organisation (ICO), created in 1963 by the United Nations, to make practical efforts to promote transparency of the market and encourage the development of small farmers which would help them economically. Still many wonder if the coffee industry is sustainable and that has created a new market for those ecologically and ethically conscious people to prefer and solicit “ethically sourced” coffee products rather than previously established brands.

These ethically sourced coffee brands often focus on the wellbeing of the farmers themselves. However, the ICO has made efforts for a more comprehensive multifaceted look into coffee, its producers and its production. The ICO has a multilayered approach to the sustainable coffee economy including a Climate Change plan, which one would expect nothing less from a United Nations led organisation.

When people aren’t worrying about the ethics of coffee however, they’re drinking it, and they’re drinking it by the pounds. From very successful international chains you love to hate like Starbucks or our very own Cafe Blue, coffee is an industry which is shrouded -to many- in a prestige which some people try to access by acquiring a liking of the bitter liquid. Hate it or love it, this is one drink that’s firmly solidified its place in pop culture and has no interest in letting go its top spot.

Everyone has something they like about the ground bean, and everyone has a preferred way to enjoy it. On this its fourth year of celebration, we asked five Jamaicans how they took their coffee.

Adley (34): “Black, usually an Americano or with one or two sugars. I can’t do anything too sweet at all. It has to be bitter, bitter, bitter.”

Danielle (23): “If I ever get coffee it’s à frappe of some sort. The sweeter the better. I don’t really like coffee, I’m a fraud. ”

Shanice (25): “I recently started bulletproof coffee. That’s where you put coffee made how you like it (strong for me), coconut oil and unsalted butter mixed together. It's a part of a diet I don’t recommend. It’s pretty good though! You should try it. Haha.”

Cassandra (30): "Normally I make my coffee with creamer, sugar, vanilla and cinnamon. If I'm feeling nice, I’ll add some chocolate syrup and if I don’t have the syrup, I’ll melt some chocolate myself. If I want something edge though, I’ll spike it with whiskey, tequila or cafe' patron, a great way to start your day! lol!”

Ashley (26): “I prefer it black, but sometimes I’ll put rum cream or marshmallow liquor in mine if I’m feeling fancy though… that’s it.”