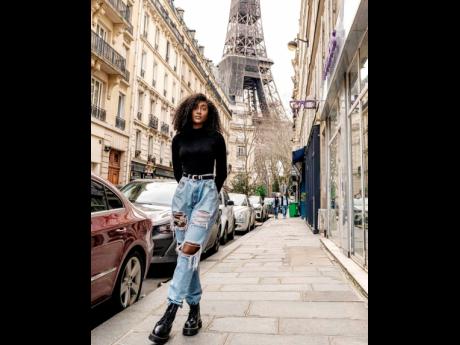 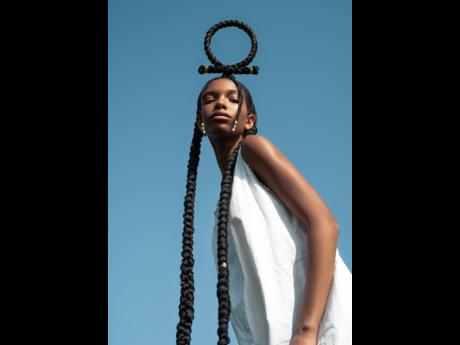 Contributed
Rebecca Rowe’s ‘Hair We Go’, featuring model Chloe Etienne, was Rowe’s final project at the Paris College of Art, where she earned a master’s degree in fashion, film and photography. 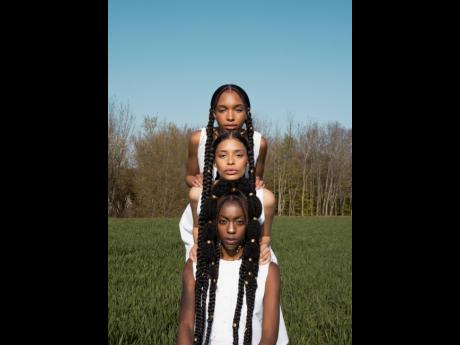 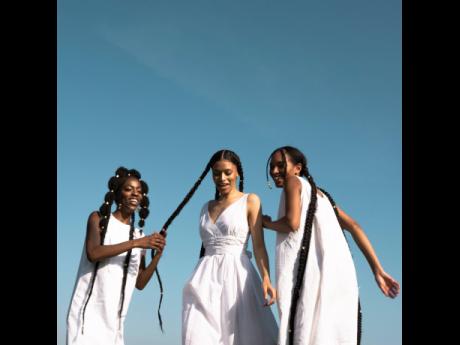 Contributed
From left: Aalyiah Heath, Sofia Coupellier and Chloe Etienne having a little fun in the field in a photograph for Rebecca Rowe’s capstone project. 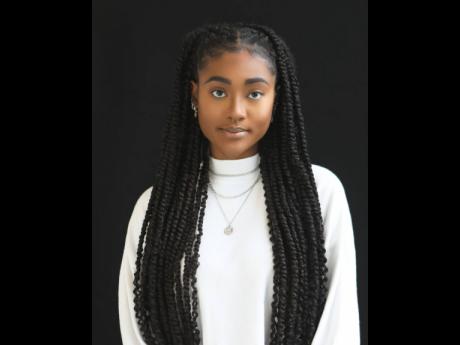 “It’s cold. Nights are longer. The sun does not set until after 9 p.m., and even when the sun is shining bright, the warmth of it can’t be felt. We’re talking one-degree temperatures. If the forecast says to expect rain, it is going to rain,” shared Rebecca Rowe, who is affectionately referred to as ‘Auntie Becs’. The Jamaican has spent the past school year living in Paris, and while the weather has been chilly, she’s not complaining. On the contrary, she’s living her dream.

“I’ve always wanted to study in France; it inspired the artist in me when I first got the opportunity to travel there as a tourist,” she told Living. “Moving to - and living there - actually becoming French and blending into their society was different. They don’t understand certain mannerisms, and then there was learning the language.”

Auntie Becs is a free spirit, with the determination and strength of a thousand men. However, her parents are likely to call her stubborn, she said. “When I came out of high school, I didn’t know what I wanted to do, and I was very much all over the place, while all my friends had finished sixth form and were advancing in their education. Meanwhile, my parents were pressuring me to take the traditional path of studying law or business, and I stayed out of university for a year and a half just because I wanted to figure out myself and what I wanted to be doing - being for the most part, very stubborn,” she shared.

Her parents did not always understand her ambitions for art, she revealed, so she made the effort to work and save to send herself to school. Then, she eventually enrolled into the Edna Manley College of the Visual and Performing Arts, and she continued to maintain her income by establishing her Simru Henna business. Before her final year, Auntie Becs enrolled in a summer programme and spent a couple of weeks at the Paris College of Art (PCA) and fell deeper in love with the idea of studying in France.

As luck would have it, “in the midst of finishing up Edna, the pandemic happened,” she expressed sarcastically. She has since graduated with a Bachelor of Fine Arts degree virtually last October (four years later, having started in 2016) from the comfort of her Paris apartment. But before getting to the European country, Auntie Becs had a few hurdles to clear.

“I thought my dream was going to be over before it even started,” Auntie Becs said, explaining that up to September last year when she was expected to be in classes face-to-face, she was still in Jamaica trying to sort out her visa application, which, by the way, was rejected initially.

“Every morning from about 3 a.m., I would be awake to do my classes online, because of the time difference; I was losing so much sleep. The head of the department had mentioned [that] they would have to withdraw my application because I was not there for physical classes. It was frustrating, on top of that, paying rent in a foreign country where I was not living as yet,” she explained.

For her, it wasn’t about the Champs-Élysées, the Eiffel Tower, Notre-Dame or the Louvre, or seeing any of those landmarks. “There were so many obstacles in my way, and I didn’t know if I was going to make it, but I never wanted to give up, either. When I finally landed in France, I felt relieved … not excited. I literally said, ‘The hard part is over, I’m here now, so I have to pull through and get my masters’,” Auntie Becs shared.

The food, the people and the lack of familiar faces was tough, and it would become more challenging because of the pandemic, she said. “Paris is diverse in people, but there’s not a lot of Caribbean people. It really hit hard [at] Christmas time; not only did I not have any family or friends, I didn’t speak French fluently. I became depressed with the borders being closed and not being able to see my friends,” she said.

Though the journey was difficult, the 25-year-old artist is now the holder of a master’s degree in fashion, film and photography from PCA. “I truly enjoy being behind the camera rather [than] in front. A lot goes into making an image,” she shared, and she’s content knowing the strict set of rules she developed to keep herself on track played a role in her success.

She shared, “Don’t waste your time doing things you’re not passionate about. I feel as if you have to know what you want and work really hard for it. The only reason I was able to accomplish anything in life is because I was passionate about it. My parents are the proudest people on the planet. My mind is easily turned off from things. I had to programme myself to want it to be part of my life. People had their doubts or didn’t think it was possible, because which Jamaican gets up randomly and just goes to school so far away, where the language and culture is so different? To do that, you have to be brave.”

For her capstone project, Auntie Becs took her professors on a hair journey — highlighting the versatility of black women’s hair. She travelled outside of Paris for about one hour to an open field and went through four rolls of film to get it right. “It was the middle of the day, the sun was bright, and flowers were in bloom, and there were no people … this meant I could turn on my creative energy. I was to shoot it the week after, but the forecast had mentioned rain, so I went ahead and did it earlier. We were in studio a lot due to restrictions to go to a lot of places, and I was struggling; my creativity could not come out, but this was outdoors.”

Jamaica played a big role in the project. “Being from a background that is ‘out of many, one people’, and also someone who doesn’t like one style, [and] loved braiding my own hair as well, I wanted to create a series reflecting that. As diverse as Paris is, the fashion and modelling industry is not, because most of the women I worked with were Caucasian,” she said. “I wanted only black girls or those with dark-skinned complexions, and it was pretty hard to find them. Some I worked with, and another one of my models is someone I met in a park and became friends with.”

Auntie Becs is in Jamaica now, soaking up as much sun as she possibly can, but she heads back to Paris to continue her artistic adventure. And she almost never made it back due to border restrictions, she said. So, what does she like about Paris that makes her want to return? “The convenience of it. I like how easy and quick things are there; it’s the same for the fashion. They never keep one style; it changes with the seasons. Also, the opportunities to work with different magazines and models. They are accessible,” Auntie Becs said. “My residence has been renewed; I feel I will integrate into their system and apply for different jobs at different agencies and magazines. I don’t think I would go back to doing henna as a source of income, mainly for the reason that it is was a stage of life where I was fighting depression. It is a reminder of where I am coming from, and it strengthens me,” she continued.

Five tips for surviving in Paris

2. Be very aware — There are a lot of pickpockets around.

3. Be strong — Paris is not for the weak, said Auntie Becs.

4. If you’re Jamaican or Caribbean, walk with your seasonings.

5. Always have something for the cold.