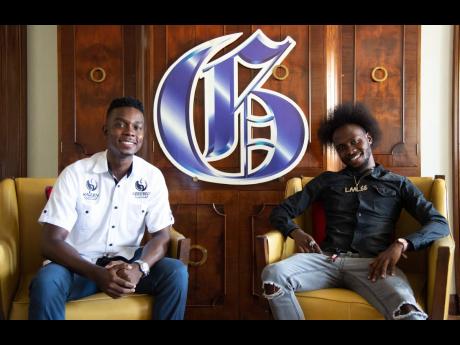 Often, when persons think of hypnosis, they think of a scene from a movie, where it can instantaneously change someone’s behaviour. That myth is one that local hypnosis practitioner Sean Davidson, more popularly known as Sean Michaels, is working to debunk.

“The biggest myth that needs debunking is that hypnotism is a silver-bullet process where you come to one session and expect everything to be right with the world and your issues, but the work has to be done over time,” says local hypnosis practitioner Sean Davidson.

He shared that there was some hesitation at the beginning of the process to follow this path. “At the start of everything, I told my parents, ‘I hope you are both around for when the church people come for me’ in making light of the issue of confirmation bias, misinformation, sensationalism, and closed-mindedness that in my opinion, comes from mainly religious people. Some people, even non-religious people, think hypnotism is either magic or that you can get stuck in hypnosis and even believe persons in a trance get confronted with spirits,” Davidson said.

Setting aside pop-culture clichés and misunderstanding, the 24-year-old founder of Kaizen Hypnotism and sister company, Cerebro Hypnotism, told The Gleaner that hypnosis can benefit everyone. “If a person has problems focusing, relaxing, or is dealing with anxiety, depression, and wants to cut bad habits, among other things, he or she can seek out a hypnotist or a hypnotherapist,” he said.

Having watched a close friend suffer from clinical depression, Sean Michaels said he desired to be more than a listening ear “because listening can simply only do so much and no more”. That impetus thrust into the direction of pursuing hypnotism as a career. He established Kaizen Hypnotism in June 2018 and Cerebro Hypnotism in October of the same year. The companies deal with opposite aspects of hypnosis. Kaizen provides help and is so named, using the word that translates from Japanese to English to mean continuous improvement while Cerebro is for entertainment purposes. “Kaizen Hypnotism was launched with the intention of providing help for persons suffering in silence by way of life-coaching services using hypnosis. Cerebro Hypnotism deals with the demonstration of hypnotism to showcase its potential for Jamaica and illustrates the different levels of trance and what hypnosis looks like to the naked eye in an effort to set straight common myths and fallacies, for example, it being magical or spiritually based,” he said.

Defining hypnotism, Sean Michaels added that, “Hypnotism is the ability of a person to focus, concentrate, and relax to enter an altered state of consciousness that we enter between 50 to 100 times a day and allows us to become highly suggestible, gain heightened focus, and/or gain access to the unconscious mind.”

WANTED TO BECOME A DOCTOR

When Davidson was attending preschool, his ambitions were to become a doctor or someone who helps to heal people. By the age of seven, he acknowledged the fact that he could manipulate others. He shared: “I questioned myself, whether it was possible to manipulate persons for the betterment of themselves, without knowing hypnosis existed. At 15 years old, I accidentally hypnotised someone over the phone by doing what I now understand is ‘Conversational Hypnotism’, where one develops a rapport with someone, and as they enter an unconscious state, they will unconsciously continue that rapport.”

The structure of the conversation was similar to an interview, he said, asking questions in anticipation of receiving a response. Still, it was not until five years later that Sean Michaels understood what had happened, he said. Referring to Sigmund Freud’s Iceberg Theory on the preconscious, conscious, and unconscious mind, the hypnotist, who is a graduate of The University of the West Indies with a bachelor’s degree in management studies and who is currently nearing certification in hypnotherapy, explained that all these parts of the mind play an important role in influencing behaviour despite the belief that humans only have access to 10 per cent. “It’s just that we are aware of 10 to 15 per cent of [our] brains, which is the conscious,” he said.

Davidson shared that hypnotism is measurable as he prepared to give a demonstration with the help of entertainer Romario ‘Laa Lee’ Ricketts. “My research goes on to today, with the rest of the world’s. My understanding of the process is scientific as it can be tested, replicated, and measured, using MRI comparisons of persons in and out of hypnosis,” he said, before beginning the process. In the most tranquil tone, Sean Michaels told Laa Lee to take a deep breath in and slowly let it out.

Davidson said, “those who have experiences talking in their sleep, sleepwalking, or recalling dreams vividly, they are in a category called somnambulists and make up about 2.14 per cent of any population,” make the best hypnosis clients.

Laa Lee, though a willing volunteer, showed signs of resistance. And yet, Sean Michaels gives him a rating of seven out of 10 for cooperativeness. He says most of his clients are open-minded and want to be informed though all come with pre-conceived notions or biases. “At certain points, you could tell he was being a bit resistant, but by focusing and allowing himself to relax, he eventually entered a trance,” Sean Michaels said, adding that “the process was more of a waiting game than trying to see if it would work”.

So far, his clientèle includes people with problems that affect them emotionally, which then leads to cognitive issues, which can only be helped (not treated) by using some form of tool to correct their associations, perceptions, and thought patterns unconsciously, he said. The longest it has ever taken him to put someone in a trance could be around one hour. Laa Lee was in a trance in a matter of minutes. “Laa Lee came to the demonstration open-minded and willing to try hypnosis for the first time, so that was a major help. As I say before any attempt, you have to will it and want it to happen. He falls in the category of highly suggestible people.”

Sean Michaels says he has had positive outcomes from sessions with clients that keep him motivated to expand his practice. Though he has received requests from persons curious to know if he can cure depression and anxiety, he is honest, “I am not a psychiatrist, and not yet a certified hypnotherapist, so rather than taking them on as clients, I refer them to seek those professionals for treatment.”

“All my existing and prospective clients already understand that I do not cure anything. I simply give your unconscious mind the instructions that help to manage anxiety or stress and the like. My goal is to become a part of forming the mental health and wellness board of Jamaica and to pioneer the move into integrating mental health and wellness as a part of the Jamaican culture and have branches of Kaizen Hypnotism all over the world,” he continued.