Drunk in love with the island 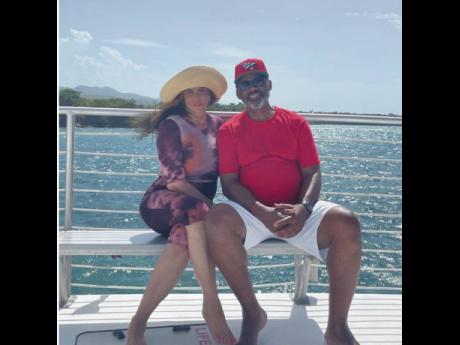 Instagram @mstinalawson
‘Jamaica with my Boo’, Tina Knowles-Lawson captioned this snap of herself and husband, Richard Lawson. 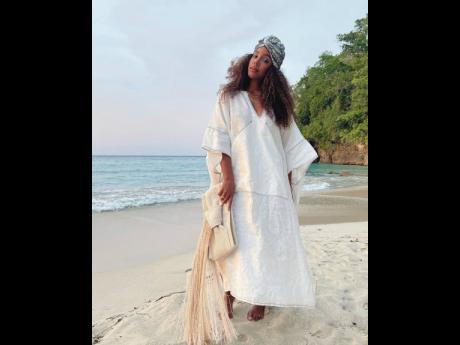 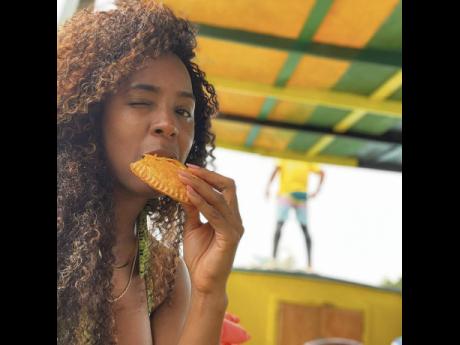 Tina Knowles-Lawson, the mother of Grammy award-winning pop artistes, Beyoncé and Solange, joins the list of celebs who have been jetting into Jamaica to enjoy the island paradise.

Not surprisingly, the 67-year-old is gushing over her experience, and has been sharing pictures and video clips of her vacay.

In one of the posts on social media, she called the island “heaven on earth” and “a paradise filled with love” and also said that she is “drunk in love with Jamaica”.

In a video that could easily have been an ad for the Jamaica Tourist Board, Knowles-Lawson, with the sounds of a waterfall and Bob Marley singing Three Little Birds in the background, states, “This is heaven on earth. In Jamaica and it’s a natural waterfall. Look at this, just flowing into the ocean.”

For a caption, she wrote, “I just returned from the most beautiful, spiritually filled, badly needed vacation! With so many of the people, I love most! It renewed my soul! It was a paradise filled with laughter, love, and God made beauty. Back to the real world.”

Known on social media for her “Corny joke time” sessions, in a separate post, she shared one of her jokes with her three million followers, while standing by the waterfall in Jamaica.

“Why do celebrities stay so cool?” she quizzes.

“Because they have so many fans.”

“Fans,” she added, “fans to keep them cool. I think this is hilarious!”

Another post sees her with her husband of six years, Richard Lawson, and she simply captions it, “Jamaica with my Boo,” along with heart emojis.

It is not clear when Miss Tina, as she calls herself on Instagram, visited Jamaica, but, apparently she was here with family and close friends, including her niece Angie Beyince and Kelly Rowland, who gets credit for making a video of her dancing on the beach.

“Dancin on The Beach. Hot Jamaica nights. Video shot by @kellyrowland. Drunk In Love with Jamaica,” Knowles-Lawson captioned the video, leaving some to speculate if there is going to be a re-make of the Drunk in Love video. Released in 2013, Drunk in Love is a Beyonce single featuring her husband, Jay Z. The video has racked up more than 600 million views on YouTube.

Both Kelly and Angie have also been posting about being in Jamaica, with Kelly declaring her love for Jamaican patties.

The former Destiny’s Child singer showed a video of herself biting into a scrumptious Juici Beef patty to her more than 11 million followers on Instagram.

“Missing Jamaica. Juici Patties in OCHIE got me,” she captioned a post with a short video clip of herself enjoying a Juici Beef patty and having fun as she tried to remember the exact name of the outlet. “Ain’t nothing like a Jamaican beef patty,” she sings, and when a friend asks her for the name of the patty, she giggles, “Juicy beefy, beefy juicy, something like that.”