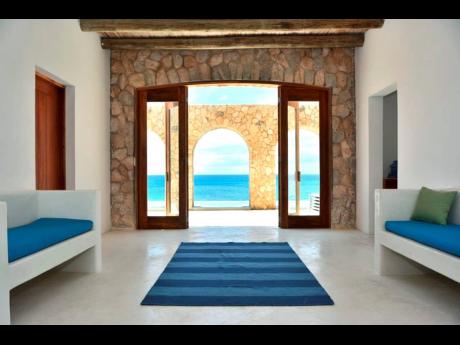 Contributed
An amazingly simple interior, leads outdoors through archways to a swimming pool, above the sea. 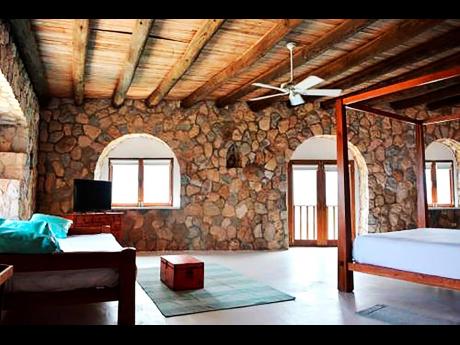 Contributed
Sleep in this modern bedchamber tonight and tomorrow you will feel differently! 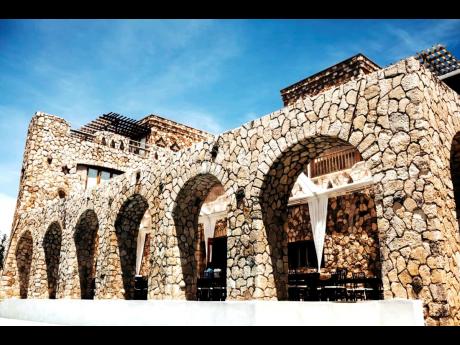 Contributed
A castle of mystery and surprise! 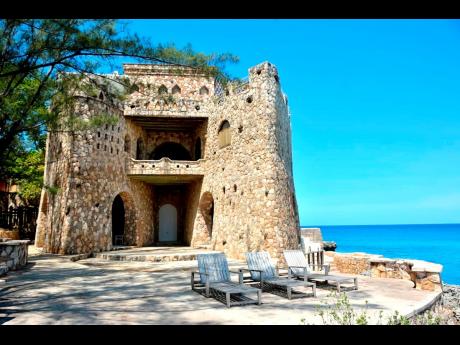 Contributed
This cut-stone building has its own distinctive look from every angle. 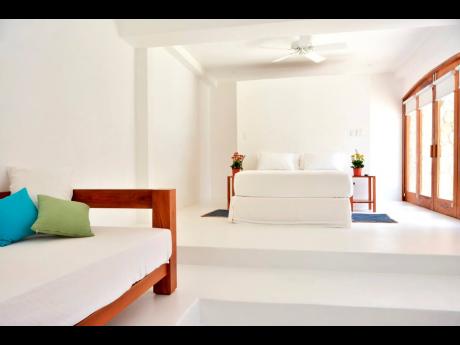 Contributed
A guest sleep chamber that has you floating in the clouds.
1
2
3
4
5

There it stands, a symbol of might, shrouded in mystery and drama! What kind of architectural wonder is this, we ask in bewilderment?

Strange as it may seem, surprising but true, this peculiar house actually exists right here in Jamaica, the likes inarguably, we have never seen before!

A colossal monument, rising from the masterful manipulation of natural stone, reminiscent of some sacred, ancient shrine or medieval fortress. Having massive, three-foot thick walls, empowered by its own secured, cliff-top setting, within touching distance of seawater right below.

Here, and this may leave you flabbergasted, barracuda fish actually swim around brazenly. A most bizarre encounter!

So what manner of person dwells within the walls of this castle? Its original construction commenced somewhere in the late 1980s to early 1990s by a white, Canadian, Jewish Rastaman known by locals in the vicinity as ‘Long Hair’. As the author of the design, he resided in a part of the house while it was under construction – never to bring it to conclusion. The unfinished building over time became inhabited by goats, crack cocaine addicts, and other unwelcome guests.

Then 10 years ago, it came into the hands of a gentleman of extremely modest, unprivileged beginnings. He was born in England, with his mother being a maid in a hotel and his father, a road works labourer. He grew up in the Fiji Islands, South Pacific, returning to England at the age of 18.

Stephens would study hotel management, and along the way, become an accomplished dishwasher, waiter, and bellhop. He is now a successful veteran hotelier, being in Jamaica for the past 21 years.

This, my friends, is his formidable castle, with considerable remodelling extending for seven, prolonged years. He introduced some new designs, left the original stone-hewn structure untouched while embodying new fixtures, fittings, and finishes in the three-floor, 10,000 square-foot citadel.

There are eight beauteous bedchambers connected to eight bathrooms, supplementing a modern drawing room and dining hall, kitchen, and balconied and terraced leisure spaces. All are dutifully collaborating to constitute that undeniable sensory experience that so many of us wish for.

The interior design and decoration are consistent with a deliberately simple, clean, and sparse appearance. White painted walls only; no furniture clutter; walls free from any pictures, and absolutely no window curtains, etc.

Ahh, unwind and cool – off in the infinity-edge swimming pool and be soothed by the bubbling, outdoor spa tub on its own, open-air balcony.

This castle is discreetly positioned from all probing and forbidden eyes – on the West End road, Negril.

A fitting maritime edifice for dream living beyond your wildest dreams!