Former Miss Universe Zozibini Tunzi’s reign may be over

But it won’t be the last we hear of her 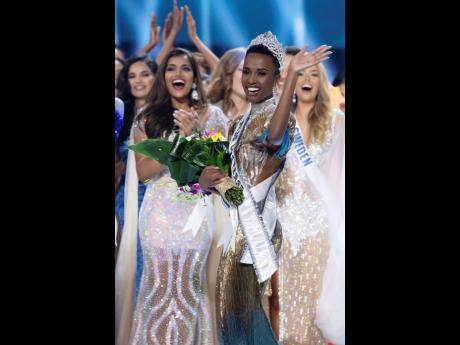 MCT
As to why it's important for little black girls to see her as a representation of beauty, Tunzi is quick to say, 'I truly believe that we can't be what we cannot see.' 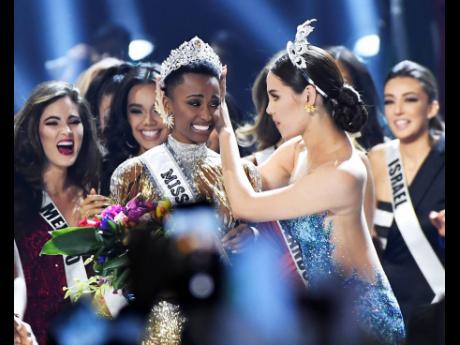 AP
Tunzi (left), of South Africa, is crowned on-stage by Miss Universe 2018 Catriona Gray at the 2019 Miss Universe Pageant in Atlanta, Georgia. She described the moment as an out-of-body experience. 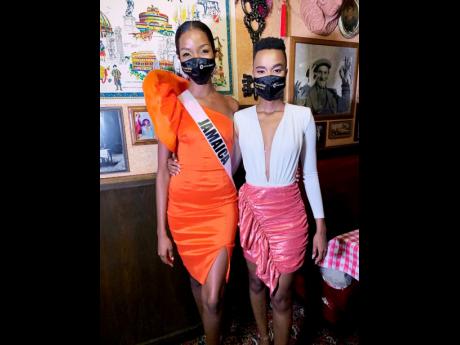 South African Zozibini Tunzi’s 2019 Miss Universe win was historic. While she wasn’t the first Miss South Africa to win the coveted crown, she was the first melanin-rich queen to don a natural-cropped hairdo while securing the win, challenging conventional beauty standards that have long been the norm in the world of pageants.

For Tunzi, growing up in the former apartheid country of South Africa, her childhood was “beautiful”. Surrounded by her parents and three sisters, she says she learned humility, togetherness, and unity due to her tight-knit community and considers it a blessing having had the chance to grow in that space.

When asked if she always felt beautiful growing up, she pauses and gives the question some thought, then says, “I think it would depend on the [age] I was because I think like many women, there is a point in our lives where you don’t feel beautiful mostly because of beauty standards and what people consider to be beautiful.”

Continuing, she adds, “You look at those images that people are calling beautiful, and they don’t necessarily look like you or are not a representation of you, so because of situations like that, you find yourself not feeling beautiful.”

Her parents, however, made it a point to instil in their children that not only are they beautiful, but also that they are “enough, intelligent, and capable of achieving everything that we want to achieve”. And it was with this mindset that Tunzi decided to enter Miss South Africa in an effort to start generating a legacy and wealth for her family and second, wanting to contribute to the world positively, with the knowledge that the pageant platform would help her do so.

After winning the Miss South Africa crown, the model headed to Atlanta for the Miss Universe pageant to compete with 89 other women from different countries. While confident, “You come with a winning spirit. You have already won in your country and want to believe in yourself so bad,” she says, while also making it a point to create memories and have fun.

The night of the coronation, she was ready. Host Steve Harvey announced her as the winner, and she blanked. “It was such an out-of-body experience as you stand there hand in hand waiting for your name to be called out.” Everything happened speedily, and before she knew it, she was crowned and in the press room doing media. “It was very quick. You don’t really get time to actually realise what just happened,” she says with a laugh.

As to why it’s important for little black girls to see her as a representation of beauty, Tunzi is quick to say, “I truly believe that we can’t be what we cannot see, and so when we see this image of ourselves and the possibility of who we can be, it becomes easier to dream and to want to do those things.”

With a smile, she adds, “Kids should see themselves when they look at role models and know that things are possible for them.” And that’s why with her short do and brown skin, she thinks the win was so significant for so many and herself, too.

Being living proof that ‘black girl magic’ is real and possible, she says it’s “within us; we’re born with it. Sometimes it’s not given a chance to shine because nobody wants to give us that platform, but black girl magic to me is arriving as we are, arriving in all our talents and in our truest beauty and not being afraid to shine”.

A REIGN DURING COVID

Tunzi was the longest-reigning Miss Universe in the history of the pageant due to the COVID-19 pandemic, but she is not daunted about her reign being mostly online.

“We quickly had to adjust with what was going on and find ways to do the job. What people might not necessarily know is that a Miss Universe’s job is not really the travel, but it’s the impact that she [makes] when she does travel. It’s her platform, and it’s her voice, what she does when she becomes Miss Universe,” she says. Quickly realising that while she couldn’t travel, she could still do the job because she still had her voice and had this big gem called the Internet, she adds, “What I found was that I was able to reach places that I wouldn’t have been able to reach if I hadn’t done my reign online because I was able to be in so many places at once.”

South Africa is known for its fantastic wine, but the former Miss Universe can’t speak on this topic because she doesn’t drink alcohol and has never really indulged; however, for fun, she likes going out and restaurant hopping with family and friends. She also finds snuggling and binge-watching television shows on Netflix a thrill. “As long as I’m with the people I love, then I’m always having fun,” she says.

While she relinquished the Miss Universe crown a few months ago, she is now in the process of completing the registration for her foundation while continuing humanitarian work that is dear to her heart. Her post-reign life is set to be busy with plans to be on television and delving into music.

“There’s just so many things happening in my life that are coming together, but I’m grateful for it. I never complain. I am just grateful for all that I get to do.”