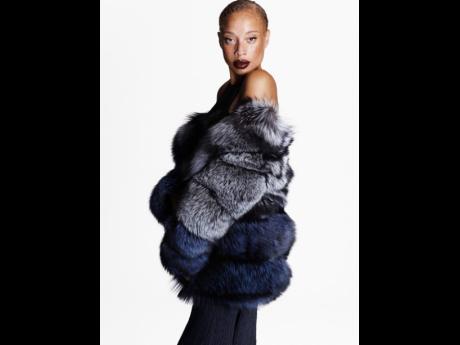 Alex Evans
Jamaican model Stacey McKenzie has faced numerous rejections in life, but is living proof that loving yourself, and never giving up, pays off. 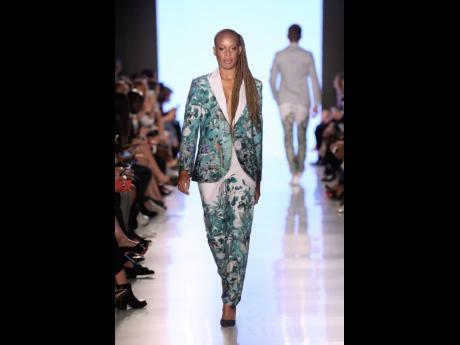 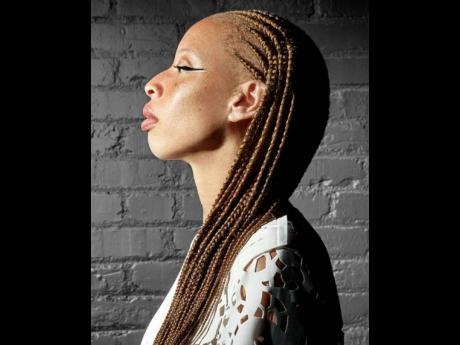 Contributed
Model Stacey McKenzie says she used to try to change her looks to fit in, now she encourages girls to love themselves. 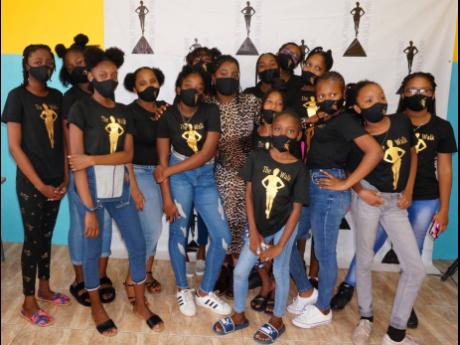 Jamaican model Stacey McKenzie has faced numerous rejections in life, but is living proof that loving yourself, and never giving up, pays off. She’s now on a mission to empower children to value their uniqueness and find their voice through her purpose-driven movement, The Walk Camp.

Vogue named McKenzie, an Allman Town, Kingston native, one of five Jamaican models who changed the face of fashion. How could they not? The international supermodel, motivational speaker, and TV personality has paid her dues gracing the glossy pages of top fashion magazines such as Vogue, Harper’s Bazaar, and Flare, while also working with top names in the business such as Calvin Klein, Jean Paul Gaultier, Thierry Mugler, Richard Avedon, Reebok, and MAC Cosmetics. She’s also been a hit on reality shows such as ‘Canada’s Next Top Model’, ‘MTV’s Made’, ‘America’s Next Top Model’, and ‘Canada’s Drag Race’. McKenzie even secured a role in Luc Besson’s acclaimed movie The Fifth Element, solidifying her status as a well-recognised face and voice in the industry.

Life for the self-trained model hasn’t always been easy, as she suffered harsh taunting and teasing due to one of the things that made her famous – her unconventional look.

With signature strawberry blonde hair and a popping red lip, she tells The Sunday Gleaner of a time when she tried to change the way she looked to fit in – trying to hide her signature freckles, straightening her hair and minimising her plump pout. None of her attempts worked, and McKenzie realised that she could be nothing but herself. “I handled it by pretending to be confident within myself in the beginning. It took me a while to get to really love myself, love my looks, love my voice, own me, and accept me.”

Once she started to truly accept herself, things changed. Reminiscing on her big break, her eyes begin to well with water. After years of trying to get signed, she went to an agency in Paris with the last $25 she had to her name. “God, if this is for me, I will get signed,” she said to herself. The gentleman at the agency took a chance on her and sent her to none other than French designer Jean Paul Gaultier – and the rest, as they say, is – history.

“And that’s how I know God had a plan for me to be in fashion. I was meant to be a model. Not because I was different looking only. He wanted to use me because of [my] being different looking and the obstacles that I had to go through. He wanted me to show other yutes that come from the ghetto like me to go for what you want to go for.”

Her advice for young girls who want to enter modelling is simple, “love and accept who they are because they are the only vessel that they get to work with. Every one of us is different in our own way. No two people in the world are the same. We’re all different. So they need to love who they are first and foremost.”

She continues, “There’s going to be people who are going to like you, love you, and hate you no matter what. You can’t please everybody. There is always going to be somebody that gets it and somebody that doesn’t get it. As long as you get it and love and believe in who you are and go after your goals and dreams and passions, nobody can’t stop that; only the Most High can stop that if it’s not meant for you.”

Throughout her career, she has helped many aspiring models along their journey by providing mentorship and guidance. Through these experiences, she encountered hundreds of young girls who would not have had the opportunities and resources to pursue their dreams and goals in life, and this is why she says that with very little to no resources, she created The Walk Camp, which took place last week at Cassia Park Community Centre. Fifteen girls ages 12 to 17 were mentored by McKenzie, with the help of her celebrity friends such as Mango crooner Sevana and industry insiders from different areas of fashion, art, entertainment, and finance.

‘DO SOMETHING FOR THE YUTES’

Going back to the communities she used to live in, she realised that not many who ‘made it’ went back to where they came from, and it clicked to her, “I’m gonna do something for the yutes. I’m gonna reach out to my connections and friends that I know in their respective fields and ask them if they can donate a couple hours of their time to come and mentor the yutes.”

She maintains she keeps in contact with the girls even after camp is over. Her hope for the girls when they walk away from the camp? “A strong sense of self and confidence.”

While McKenzie continues to work with some of the world’s fashion elites, when asked what she would like Jamaicans to know about her, she is surprised by the question. After thinking about it for a few more seconds, she wraps our interview by saying, “I love God.”