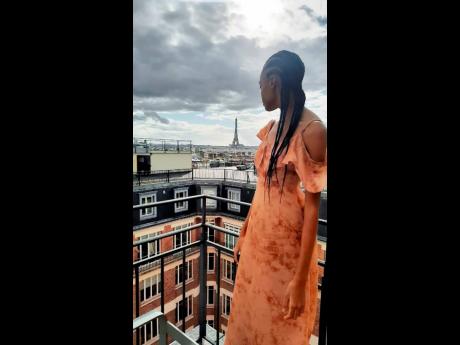 Contributed
The teenager said she is thrilled about her opportunities and is soaking up all the excitement and attention. 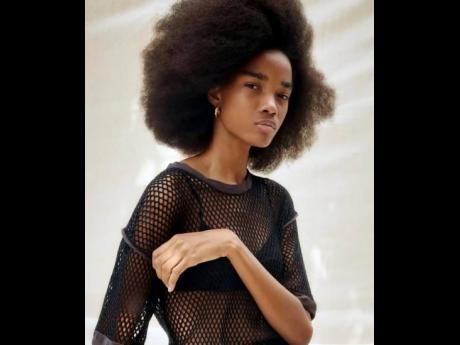 Contributed
Shantae Leslie has been listed as a top newcomer on models.com. 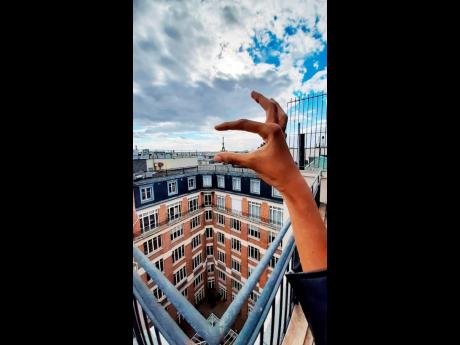 Contributed
With a big début, Shantae Leslie has the world at her fingertips. 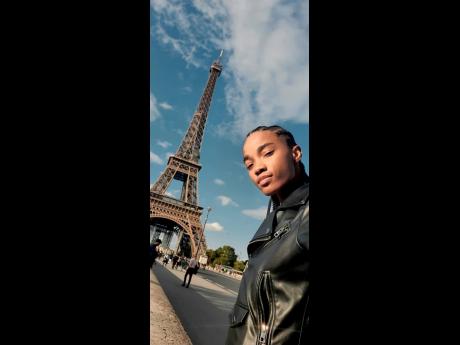 Contributed
Shantae Leslie checks out the Eiffel Tower in Paris after walking for Raf Simmons, Loewe and Valentino. 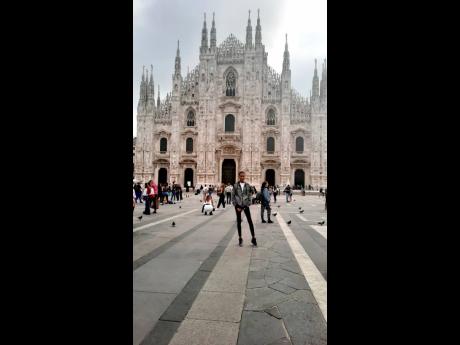 Coming off her brilliant start in world fashion, Pulse model Shantae Leslie is among the top newcomers on models.com.

Every season, a host of new faces arrive on the scene, but then there are those who stand head and shoulders above the rest. Leslie’s whirlwind of activities leading up to Fashion Week in Milan and her début for one of the world’s biggest fashion brands has put her front and centre in this group of standouts. The girl who walked out of school on to the runways of Prada in Milan, Italy, is already making big waves in the industry.

Signed to IMG in Milan, Paris, London, and New York, Leslie’s delicate look and strong presence on the runway saw her heading to Paris after her exclusive launch with Prada in Milan. In Paris, she took to the runway for Raf Simmons, Loewe, and Valentino. Several other mega brands were also after her services but will have to wait until the teenager turns 18. In the meantime, the major fashion houses in Paris are queuing up to have her for the upcoming fall-winter season in February. And with a view to couture, the girl on fire will be blazing another trail in the next couple of months with major campaign options on tap as at press time.

Pulse Director Romae Gordon is not surprised by the impact Leslie is having on the global fashion space. “Shantae is a natural, and I was confident that she would make an immediate and strong impression once she started working.” Leslie had model agents all around the world in a frenzy after Pulse introduced her photos from the Caribbean Model Search TV on their digital platforms, @PulseWorld360.

Gordon believes this is just the beginning for the young model. “Shantae’s recognition by models.com as one of the top newcomers speaks to the strength of her look and model intelligence. We are proud that she is flying the Pulse flag high and representing her country well with her impressive talent,” says Gordon. Leslie went on to win the CMS TV after Gordon discovered her in the Pulse High School Model Search at her alma mater, Clarendon College.

Leslie is thrilled about her opportunities and is soaking up all the excitement and attention. “I have had the most amazing experience, and I’m so grateful. It has been a dream come true,” she said. “When the music started, and it was my turn to step on that runway for Prada, it was exhilarating; I was eager to do my very best and make everyone proud.”

Leslie, who was chaperoned in Milan and Paris while on work duties, got a chance to enjoy some well-known Italian culinary treats and check out some of the grand sights, including the great Duomo di Milano cathedral in Milan and the Eiffel Tower in Paris. “Seeing the Eiffel Tower and all the monuments was awesome. When I was little, I read about these places in books, and now I get to experience them in person,” said the beaming star. While she enjoyed the sightseeing immensely, Leslie is serious about her modelling ambitions and has her sights on success in the fashion industry. “I want to get to the very top”, said the young model.