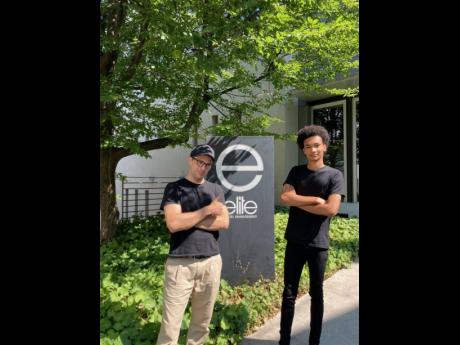 Contributed
The sky’s the limit for Saint International’s Jamaican-German model Maximus Brown (right), who shared a snapshot with the head of the Elite Men’s division, Ruggero Quarta, after being signed to the influential Italian modelling agency. 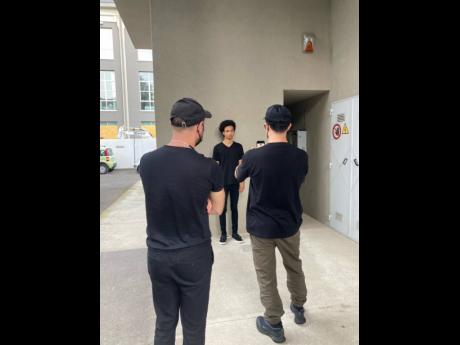 Contributed
In Milan, Italy, Saint star Max gets into the frame for his test shoot at Elite with the men’s division team.
1
2

Chalk up another star-in-the-making to the Rock. This time around, it’s 17-year-old Saint International model Romeo Maximus Brown.

The lanky teenager, who grew up homeschooled in Montego Bay before migrating to Germany three months ago, has inked a contract in Italy to be represented by the men’s division of the hugely influential Elite modelling network in the Old World nation as famous for pizza and pasta as it is for renowned fashion houses Dolce & Gabbana and Giorgio Armani.

For Max, the catchy model moniker with which he has been anointed, being signed with Elite Men in Milan is an amazing launchpad he is optimistic will see him realise high- fashion opportunities.

“My SAINT model boss back home, Deiwght Peters, arranged a meeting with my mother, Julia, and I to see Ruggero Quarta, the head of the men’s division, and his team,” shared Max in an interview from his new European home base in Hamelin, Germany, where he lives with his German grandfather. “My mom knew Elite was a big deal, and while she felt I was going to an important job interview and was nervous for me, I was super [chill] about it, and that calmed her down,” Max shared.

He spoke highly of the interview experience. “The Elite team was so warm and welcoming and explained the nature of modelling to us and asked me to walk. My mom told me afterwards that it was the first time she saw me in ‘model mode’, and she got goosebumps seeing me walk, but I was confident because of the training I had received, and I believed I made a great impression with not just my walk, but with my personality as well.”

Max’s road to becoming a model citizen began in earnest in 2019 after his mother, an event and destination manager in the hospitality industry, saw an Instagram post for a model casting at Blue Beat on the Hip Strip. “On our way back from Fairview, I suggested to Max for us to stop by, and we met Deiwght, who invited Max to become part of the agency’s training programme in Kingston,” she shared.

Life currently in Hamelin, fortunately for Max, comes with easy adjustments as he was long fluent in the native language from his childhood and had grown accustomed to European vacations to see his maternal relatives. Now juggling part-time work in a fashion retail store while taking photography classes online, the effervescent Jamaican-German describes himself as an adventurer at heart. “I used to ride at the Half Moon Equestrian Center for about eight years, and on vacations, I love to surf and go snowboarding, but most all, I enjoy hiking.”

Forecasting the clients he would relish the chance to work for, he confides, “While I can’t say I have a definitive favourite just yet, I love the fashion shows for Italian designers – Gucci, Prada and Versace – and would be eager to work with them ... . I also look forward to meeting people from all over the world and, hopefully, making a name for myself.”