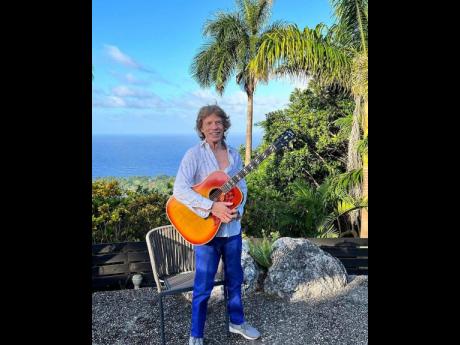 Via Instagram @mickjagger
'A little downtime before things get busy,' Mick Jagger captioned the group of pictures, including this idyllic snap, posed up with a guitar. 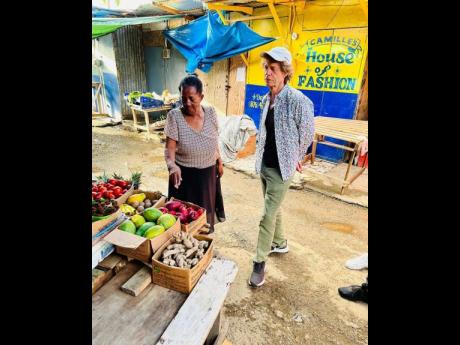 Via Instagram @mickjagger
The Rolling Stones star had his pick of fresh fruits when he stopped at a market stall. 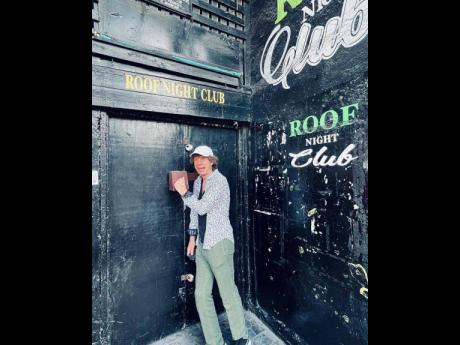 Via Instagram @mickjagger
Anyone there? Jagger knocks on the door of the Roof Night Club in Port Antonio.
1
2
3

Sir Mick Jagger shared snaps from his trip to Jamaica, including a shot of himself knocking on the door of the Roof Night Club in Port Antonio, a dance and night dubbed the longest-running club in the capital of Portland.

"A little downtime before things get busy!" The Rolling Stones star captioned the carousel of pictures seeing him posed up with a guitar, and stopping by a stall selling otaheite apples, naseberries, bananas and papayas.

There is no word yet on when the Rolling Stones will head back out on tour, but fans are ready and waiting.

"Lindo!!! '… before the things get busy' posted user @viagensdacrispereira. "I think we will have news soon!!!"

The Rolling Stones launched their No Filter tour in 2017 in Hamburg, Germany. The United States leg started in September 2021 and followed the death of the group's legendary drummer Charlie Watts. The tour was originally planned to wrap in 2020 but was delayed due to the coronavirus pandemic. It ended in November with an exclusive show in Florida.

Jagger isn't the only Brit who made their way to Jamaica for some R&R. Little Mix's Leigh-Anne Pinnock also recently jetted to the island with her twins and fiancé, Andre Gray. "Finally made it home," posted Pinnock to Instagram with a snap at Oracabessa's GoldenEye.

While on the island, the In 'A' Seashell co-founder spent time with family and even went to a football match at the National Stadium.