A castle in Negril 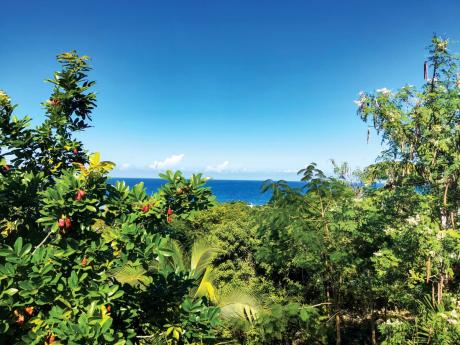 Contributed
The house is concealed within dense vegetation, trees and sea views. 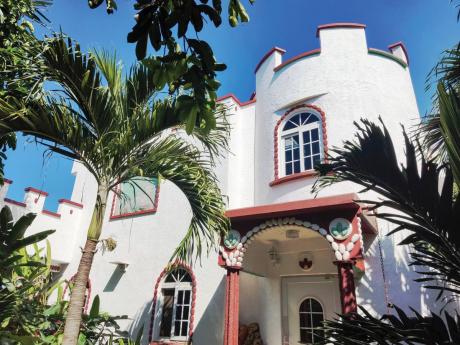 Contributed
A house designed in Germany on Jamaican soil, inspired by the castles of Europe. 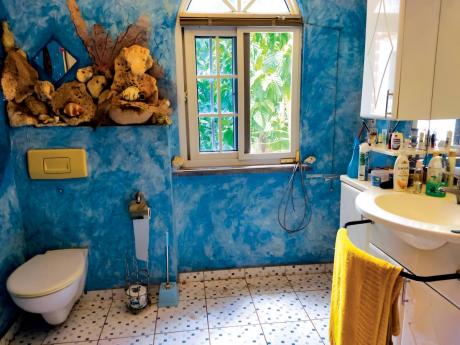 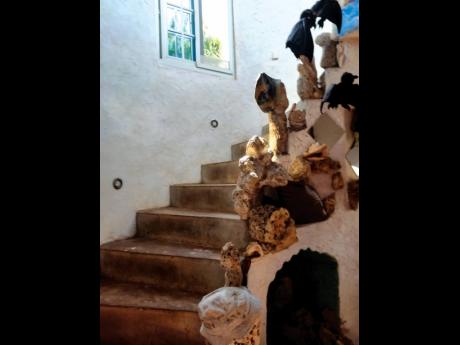 Contributed
Works of art line the edge of the staircase with recessed lights visible on opposite wall. 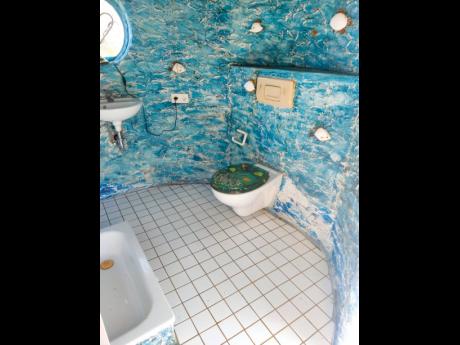 Contributed
This bathroom seems to be below the surface of the sea.
1
2
3
4
5

Medieval castles were constructed as fortifications and residences of royalty and the nobility for a duration of some 900 years.

Germany is home to some of the most outstanding and famous of these citadels in Europe and the rest of the world. Their majestic presence conjures up mythical stories straight out of a fairy tale.

Beate and her husband Manfred, both from Chemnitz in eastern Germany, first visited Jamaica in 1993 with their daughter. Consistent with what often transpires, sentimentality got the better of them and they became enamoured with the island. They ultimately acquired a one-third-acre lot in Negril in 2001 to build their dream house, and happily moved to Jamaica in 2008. The white-painted structure was put up in 2011.

Their discreet, hillside home (if you are lucky enough to see it) is camouflaged within a jungle-like setting of dense vegetation and fruit trees, as it spies sea views from its strategic vantage point.

However, it’s the design and ornamentation on the building that sets tongues wagging with disbelief. Its unconventional architecture created in Germany with battlements (alternate open spaces on top of peripheral walls through which guns and arrows could be fired back in the day) was inspired by Europe’s castles, along with whimsical detailing that disassociates it from the familiar out there.

The 3,000-square foot space will leave you flabbergasted!

Interior artfully executed include cement floors, except bathrooms that are in ceramic tiles. Kitchen cabinets, fittings, fixtures, and decorative elements are all imported from Germany. Bathroom walls are colour–washed and textured to a dreamy appearance. Toilets literally float off the ground and are known as wall–hung toilets, which are partially hidden in the wall. An accompanying separate studio unit permits guests privacy, along with an outdoor bathroom and a barbeque area with two built-in ovens.

There may be no moats and drawbridges, no towers with damsels in distress, and no torturous dungeons with prisoners – features all associated with many of those former strongholds, but this house has been a direct answer to the owner’s wishes of owning a castle.

- Barry Rattray is a dream house designer and builder. Email feedback to barry-rattray@hotmail.com and lifestyle@gleanerjm.com