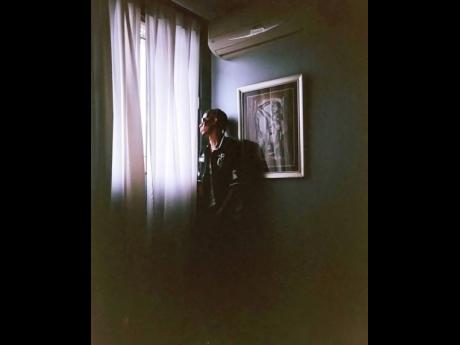 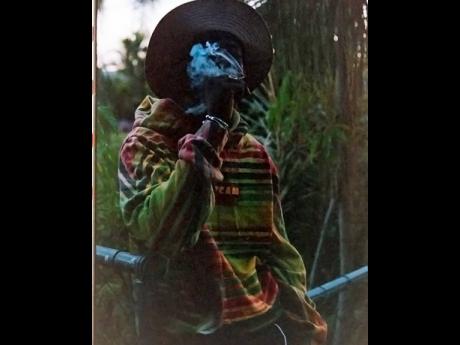 HIND$
Flim archives of King Salieu in all his crowning glory. 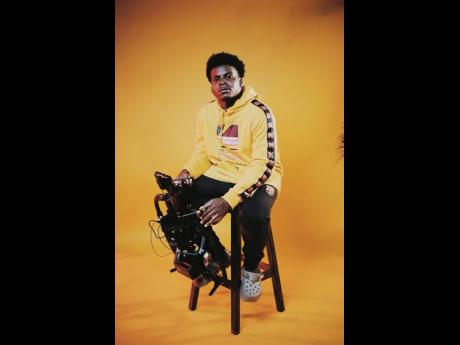 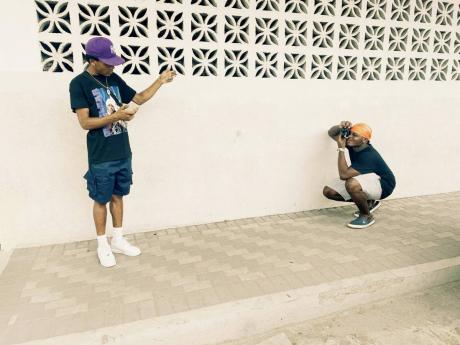 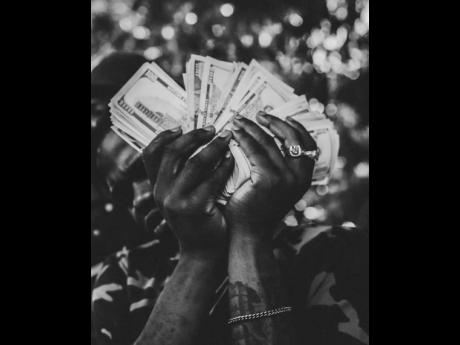 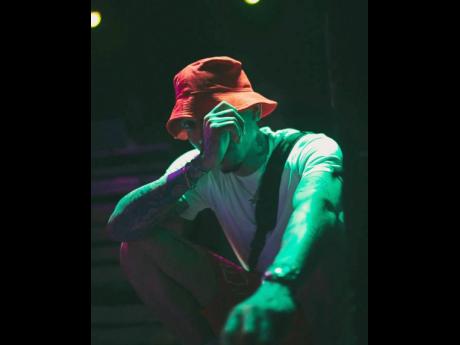 They say it’s best to manifest what you want. Living by that code, Demario Hinds went from a dreamer to a photographic achiever. He sees more than just a pretty face and displays his portraiture with uniquely dark artistry, while aiming to successfully cross over into film-making.

“I can never get tired of faces, but I enjoy bringing out a more grim expression, which references the looks of certain movies I enjoy,” he told Living. “I love that film creates a look that cannot be duplicated on a digital camera. And unlike capturing images, shooting film has changed my process to a slower pace,” he added.

His creative journey began in 2016. The photographer vividly recalls his father requesting that he take a picture of a banana tree that was bearing in the backyard. On his first try at the visual art form, he was already focused on exploring atypical angles and adjusting settings, all while he captured the subject in its natural habitat. That soon became common practice, and what propelled him into pursuing his passion for photography.

“I decided to go forward with my skills in a professional manner, because I genuinely love the feeling of creating and bringing out a look people haven’t seen of themselves. Understanding that I can be placed outside of my comfort zone, there were times when I was not sure of my capabilities. Within that transition came growth; to be familiar with the unfamiliar and learn from mistakes,” he explained. It wasn’t long before HIND$ was born.

“If there were three words I could use to describe my work it would be: cinematic, moody, and urban. My images encapsulate a look of moodiness and grime in a cinematic fashion. And it is a great feeling for your work to be identified by the general public,” he noted. In regard to his videography side, Hinds has always admired ‘90s hood films, and that modus operandi plays an integral role in his shooting style and aesthetic.

Since going on this journey almost five years ago, he has already noticed his strengths and weaknesses. From composing the shots and taking time to capture the images, he can confidently state that as far as pictures go he is a fast editor. But the creative is also a perfectionist, and self-doubt has a way of creeping into the space, so he just lets his work speak for itself. “Photography has [its] lows and rewards. My ideology and mindset in being creative are that, if I do make a mistake, I learn what not to do and grow from it,” he reflected.

A big fan of natural lighting, it has become second nature for the photographer to work in those environs, but he has an appreciation for studio sessions because of the controlled lighting. “My favourite shoot of all time was a collaboration between a shoe designer/artist JOSH CREATIONZ and a designer, Nathan Sin. I utilised the lighting colour red for that shoot and I loved how the images turned out,” he added.

One of the biggest misconceptions he has encountered has to do with the value clients place on photography work. “Persons believe that the equipment is cheap and the labour is cheaper. For me, it has a lot to do with delivering quality, and I wish the general public understood that.” With regard to his camera of choice, he lets Living know he holds no bias, sharing that he is competent with the top brands, like Nikon, Canon, and Sony.

Additionally, Hinds has nothing but respect and admiration for others in his field who are doing big things with their craft, “I have respect for a number of creatives in Jamaica; ShotbyDeth, Whosrila, Phvrxoah, and Davy Fresh are just a few.”

His advice to those looking to flash into this field is to use the available tools, learn the basics, and don’t be afraid to step out of their comfort zone. See more of his work on Instagram: @_hinds