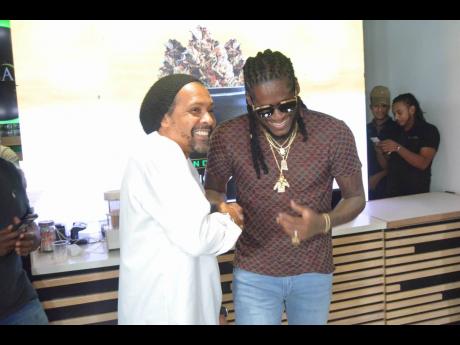 Contributed
Epican Brand Ambassador Aidonia is greeted by Epican President Dwayne McKenzie (right), as he arrives at the launch of the new cannabis strains on Wednesday. 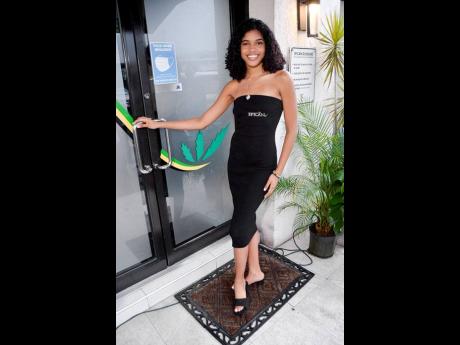 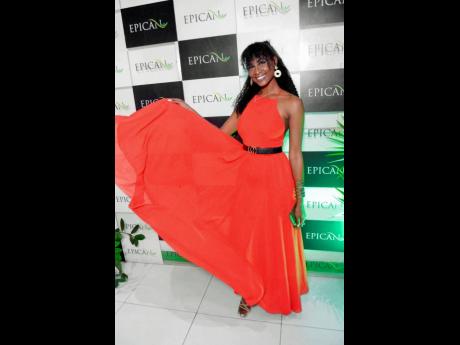 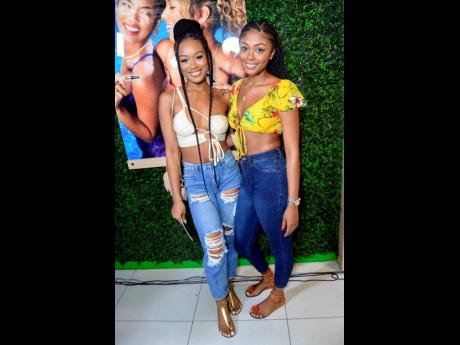 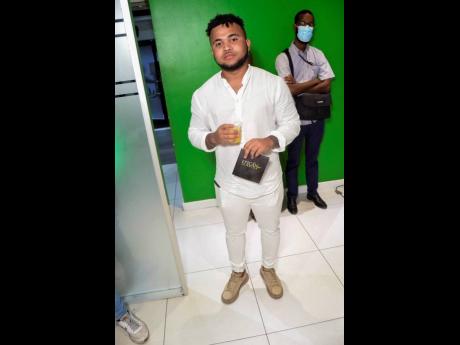 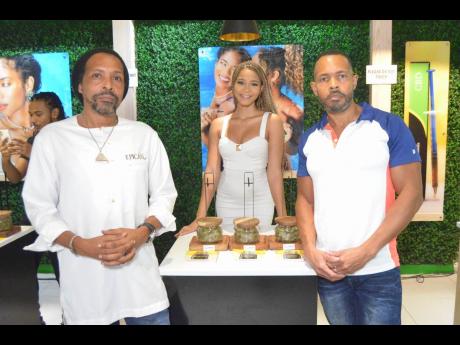 Contributed
Kadejah Anderson, brand manager, Epican, shows off some of the new strains as Dwayne McKenzie, president of Epican (left) and Karibe McKenzie, CEO, look on. 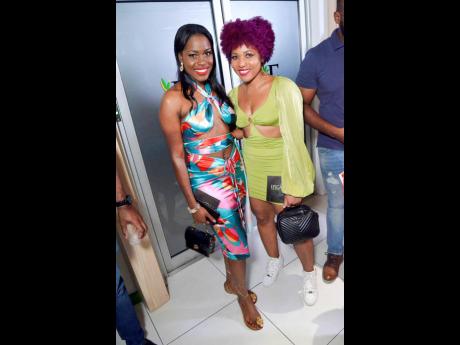 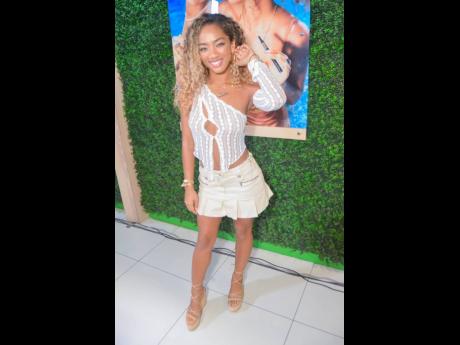 After one and a half year of intense research and travelling, Epican Medicinals, on Wednesday, unveiled new strains to the local cannabis market. The launch event took place at its Market Place location, and was supported by the company’s ambassadors including dancehall hitmaker Aidonia and rising social media influencer-duo The Tsang Twins, Alyssia and Alaina.

President of Epican Dwayne McKenzie shared that the world-renowned strains revealed at the event have never yet been grown outside of northern California. These include Blue Dream, Premium Jack Herer, Gelato, Gorilla Glue, Gelatti Cookies and Big Apple, among others.

He shared that the local cannabis industry has come a far way since its decriminalisation in 2015, but he anticipates even more growth, particularly as it relates to discussing “the benefits of CBD and the uses of medical marijuana for example with persons diagnosed with epileptic seizures.

“I have found throughout time people are becoming more comfortable with the conversation, and when persons become more comfortable, more will be revealed in discussions. It used to be about smoking and getting high, now we can speak about being in a state of homoeostasis – giving the body the ability to heal itself,” McKenzie offered.

On raising awareness, and the popularity of marijuana among Jamaica’s youth, he continued, “it is something highlighted a lot lately and Epican is quite aware of but it really boils down back to education not just as people in the industry but as parents and older siblings.”

He shared that as adults, there is a tendency to shy away from topics deemed “not normal or acceptable” and that the situation evolves and manifests in a way that as a community, there is no control.

“I believe that is what happened in Jamaica, we have not been able to have that intelligent, mature conversation with our youths. We need to see our government heads getting more involved in allowing and starting conversations and opening up possibilities for collaborations with other industries – tourism to entertainment. We have been shunning it when we have to be brave enough to have it,” he asserted.

Aidonia shared a similar sentiment. He said that there needs to be more conversations with the youths but also around them focusing on being youths. “Definitely though in having conversations to make the youths aware, we have to stress that the youths need to focus on being a youth. This is for the older people, the adults, and they must be placing their energy in school, staying out of trouble and knowing that when they are of age, they can choose and see what positives come from it,” he said.

The U Know Di Vibe artiste-songwriter shared that he prefers the Sativa-type of cannabis and names the Sour Diesel, Platinum Girl Scout Cookies, Gorilla Glue and Jack Herer strains as his top four picks. He also announced that a strain was named by him – the Banga Kush.

“Well, Banga is the title of one of my songs. It means strength, something powerful and when discussing the potential of a new strain having that name, me and the team, my brother, agreed. It will give persons that ‘banga high’ or that ‘banga energy’,” he said.

“I personally prefer and utilise Sativa; I prefer to have my brain juices flowing to have a body high. It’s been easy as an ambassador coming from a country that has been the forefront of marijuana before I was born; from the days of Bob Marley and Peter Tosh, and the business and awareness is growing. I look forward to see the growth in years to come,” Aidonia continued.