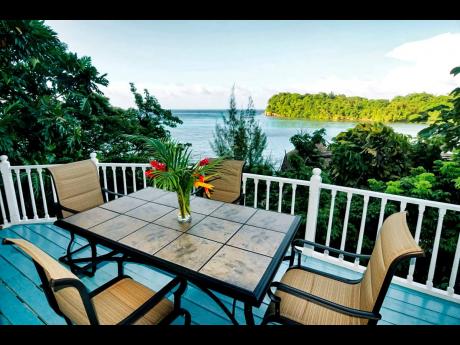 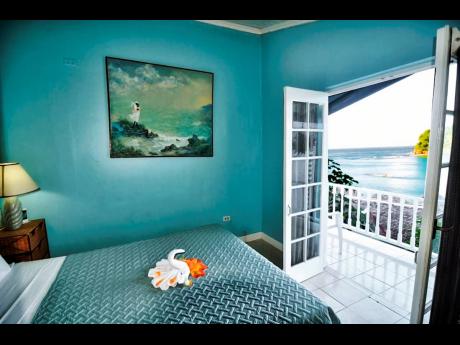 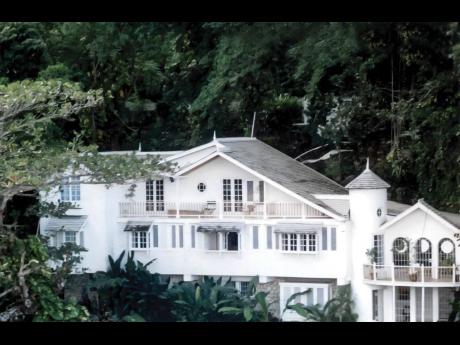 Contributed
The villa sits snugly within a steep hillside jungle setting, mere steps from the waters of the Blue Lagoon. 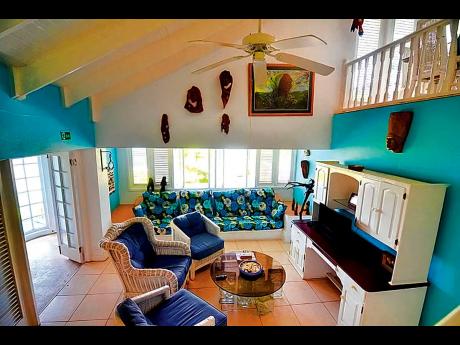 Contributed
One of the relaxed colour-coordinated living areas. 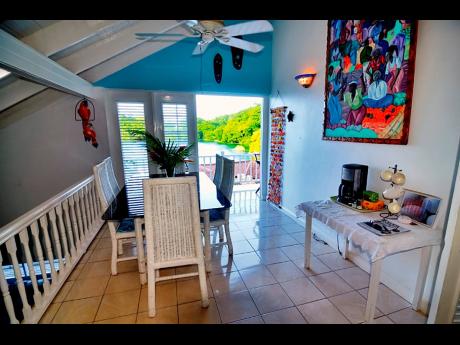 Contributed
One of the dining areas opening to the water scenery.
1
2
3
4
5

It all began back in 1968, in Bangkok, Thailand, where Greg and Dee Naldrett first met and became childhood sweethearts. They attended the international school since their United States military fathers were both stationed in that southeast Asian country.

But alas, Greg’s father was eventually transferred and, as destiny would have it, both teenagers would tearfully not see each other for another 25 long years! During this time, both got married and became divorced, and it would take a school class reunion in Bangkok to reunite them and rekindle their love affair, eventually leading to marriage. He, a tourism entrepreneur, and she, a flight attendant.

This was their dream home (traded for four townhomes in Atlanta, USA) back in the 1990s. But, in the fullness of time, terms of endearment would end and they would part company again, with Dee remarrying.

The steep hillside retreat has a tapestry backdrop of thick foliage, including 100-foot tall trees, orchids and huge jungle vines climbing all over in a setting befitting the Tarzan character. It cuddles and shades the white building’s exterior of changing roof styles and levels; balconies looking over the turquoise waters; turretlike castle walls; arches and circular openings, and cut stone conspicuous walls on the lower level — all a mere 300 feet from the Blue Lagoon’s water’s edge, in Port Antonio, Portland.

The synergy between the architecture and flourishing green environment is almost uncanny to behold! This house will unequivocally enchant you in ways that you did not think possible!

A profusion of greenery is also to be found inside, where plants six feet tall jostle for space amidst an unbelievable collection of local artistic renderings and exquisite sculptings.

There is no swimming pool but what you do have is the indescribable Blue Lagoon with its unfathomed depths, luring you with its undeniable immersive experience.

Greg said goodbye to the villa last year, and its new owner couldn’t be happier.