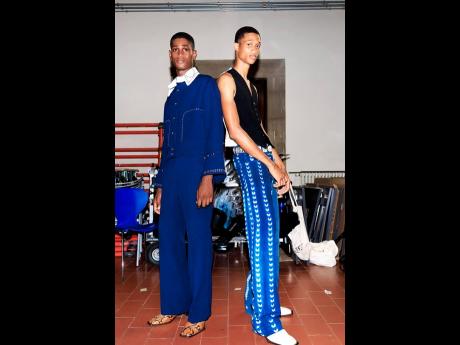 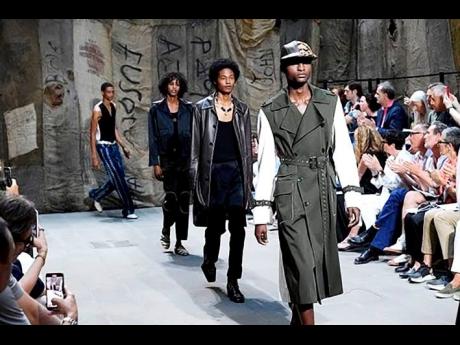 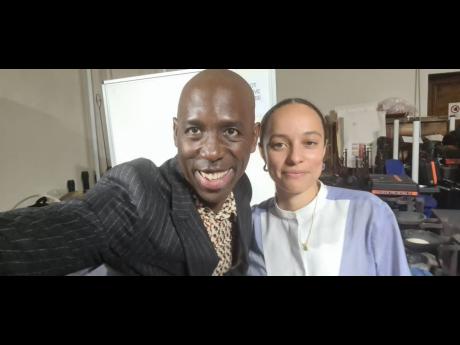 Brand Jamaica had a presence on the global fashion stage when five SAINT International models appeared on the runway for British-Jamaican designer Grace Wales Bonner’s much-acclaimed Spring/Summer 2023 collection in Italy recently. The SAINT quintet of Aakesh Henderson, Jonny Brown, Romaine Dixon, Ronaldo James, and Winston Lawrence – who all previously worked on advertising campaigns, fashion films, and on the runway for the Bonner brand – were handpicked by the designer and flown to Europe for the show, which GQ magazine fashion writer Samuel Hine described as “the most important collection of her career”.

Bonner was a guest designer at Pitti Uomo, the biannual Italian men’s trade show cited as the world’s most important platform for men’s clothing and accessories. The unveiling of her collection recently generated significant international press and had many of the industry’s insiders in a speculative mode that the designer, born to a Jamaican father and English mother, could be in line to lead a major luxury fashion house.

“It is amazing to have SAINT models represented here,” Bonner told The Gleaner in a post-show interview in Florence, Italy where her collection was staged at the Palazzo Medici Riccardi, a 14-century-built palace and once the residence of Alessandro De’Medici, then considered the Black Prince of Florence of the era. The designer collaborated with Ghanian artist Ibrahim Mahama who covered many of the palace’s walls and marble floor with jute sacks to create a striking visual setting.

Addressing the inclusion of SAINT faces in her show’s diverse cast of 36 models, Bonner explained “it was super important for me to represent Jamaica and the best of the island, and [highlight] the amazing style in the country. I wanted to show the amazing talent we have in Jamaica in the most elevated context.”

As to the influence the island’s culture played in the creative process for her new collection which she titled Blue Horizons, the designer said, “I was thinking of a personal style and a confidence that I see a lot in Jamaica, and the collection has a rockers vibe to it as well. A very smart way of dressing, it’s always a reference I come back to.”

For Donovan White, director of tourism at the Jamaica Tourist Board (JTB), whose organisation sponsored the travel of the SAINT models to the European location, the association with Wales Bonner was a definitive win. “The opportunity provided good exposure in the high fashion space, and we thought it was relevant to have JTB inserted in a country we are trying to gain visitors,” White rationalised. Fashion, White asserted, “brings with it a specific high-profile demographic and is a platform that can give us more exposure.”

Indeed, Bonner’s collection drew rave reviews from fashion critics across the board, with Vogue scribe Luke Leitch dubbing it “a sumptuously progressive show” while WWD writer Martino Carrera hailed “her spring collection was a journey larger than life”.

SAINT chief executive officer Deiwght Peters was naturally pleased to have exclusively booked his agency’s models for what is widely hailed as Bonner’s career pinnacle. “Grace has long been a supporter from her very first London Fashion Week collection in 2016 when she won the coveted LVMH Prize, and SAINT models were in that show. Our model Jermaine Downer who was in the show’s cast was photographed by Karl Lagerfeld with Grace and Louis Vuitton Executive Vice President Delphine Arnault for a V Magazine profile on her prize victory.”

Bonner’s Jamaican connection is rock solid as she has shot multiple projects on the island, giving employment to scores of persons in the creative industries. Her most recent was her label’s co-branded limited-edition collection with athleisure powerhouse Adidas lensed last year in St Catherine and St Andrew that featured SAINTS Aakesh Henderson, Winston Lawrence, Selah McHail, and Tash O’Geare.