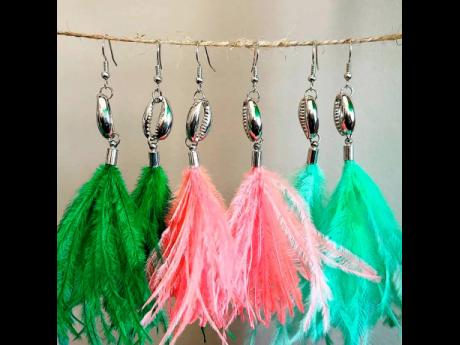 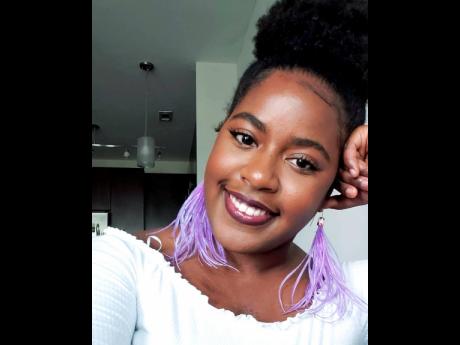 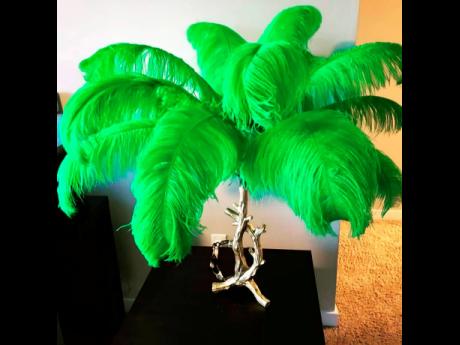 Contributed
The feathers from a costume were re-used to elevate home decor. 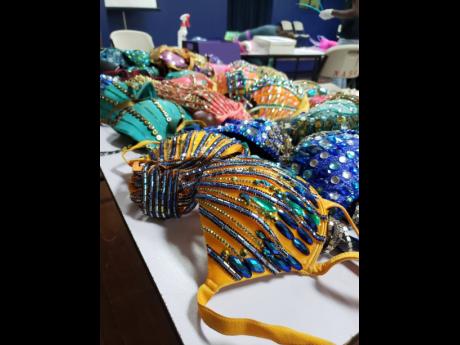 Contributed
Wire bras are donated to non-profit organisations for rehabilitation and recreation. 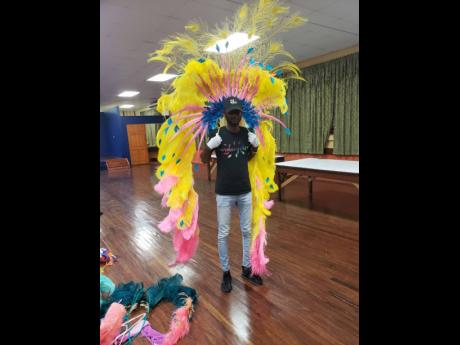 Carnival is upon us, and with revellers geared up to enjoy a series of events leading up to a feathery fete of road march, companies like Nuh Dutty Up Jamaica and Carnicycle are encouraging socaphiles to recycle their costumes for environmental sustainability.

Carnicycle, a Trinidad-based company, is known for collecting and recycling used costumes post carnival. The movement emerged on the local soca scene a year before the global pandemic. While plans were shifted this year to accommodate a company revamp, the aim is to return bigger and better for 2023.

“We’ve officially made the transition process from a for-profit business to a non-profit. We’ve also taken time to redo our short, medium, and long-term plans. With that being said, we were unable to coordinate with partners in Jamaica as we’ve done in 2019 to effectively execute a great recycling campaign,” founder Danii Mcletchie told Saturday Living.

With the help of co-founder Luke Harris, Mcletchie embarked on the carnival recycling adventure in 2018, and both were able to officially get the ball rolling by carnival season the following year. “The main business model consisted of collecting discarded costumes, breaking the costumes down, then cleaning them. The individual parts of the costumes like the gems, and feathers would be resold to local designers or artisans, and other aspects like bras and wire would be donated to nonprofits for reuse.”

Reducing waste that will subsequently make it to the landfill and repurposing those feathers in creative ways both contribute to helping the environment in the long run.

When it was time to spread the word about changing the world, the team went to the drawing board, seeking out local companies that would perfectly align with the recycling initiative. Nuh Dutty Up Jamaica was one for them.

“Nuh Dutty Up Jamaica (NDUJ) had previously launched a Nuh Dutty Up Di Road campaign and decided to reach out to them through a detailed email. NDUJ quickly responded and enthusiastically and graciously decided to help us with our proof of concept,” she said.

Post carnival saw a collection of over 20 costumes. That year, they also hosted recycling campaigns for Barbados Carnival and Miami Carnival, partnering with Sustainable Caribbean for the former and the Clean Heart Campaign for the latter. From there, all recycling roads led to Trinidad and Tobago for their fetes.

“We were able to successfully recycle over 200 costumes between April 2019 and February 2020.” Carnicycle also donated wireframes to local designer Exult Carnival and bras to Acts of Grace, a nonprofit. “In Barbados, we donated to a women’s shelter BPW Barbados,” added Mcletchie.

The response so far has been positive, attracting designers, masqueraders and environmentalists, dance groups, and fete organisers to the idea of post-carnival recycling. If you’re wondering what some of the materials are transformed into, let’s give you some insight into the artistry. Feathers are given new homes as beautiful jewellery and exquisite accent pieces for home decor.

Carnicycle’s ultimate goal is to increase costume recycling efforts and champion the cause of carnival waste through education, research development, and innovation, as well as consultation.