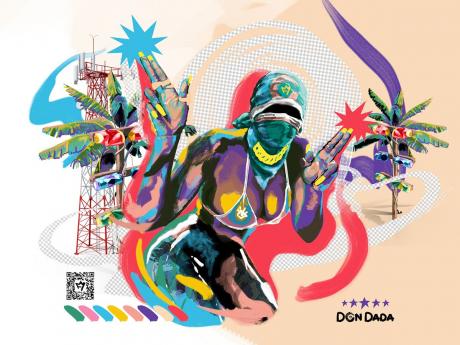 Contributed
‘Too Bad’, a piece from the Mango Kush collection, is currently on display at 10A West King’s House Road in Kingston. It’s a part of The Harder They Come 50th anniversary show. 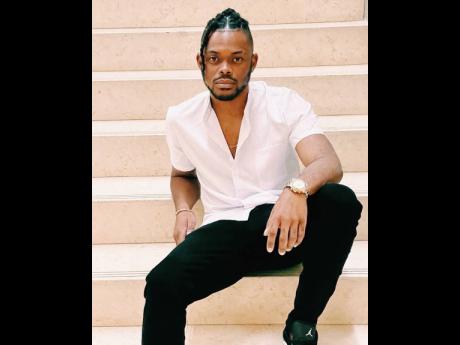 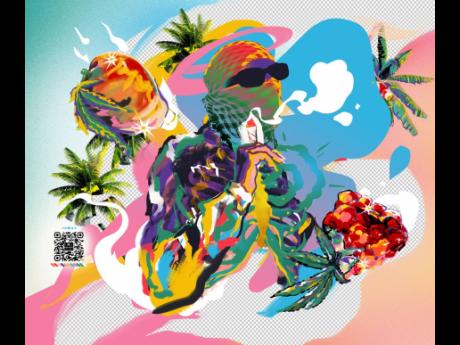 Contributed
The title piece for one of the two collections being featured in this Mango Kush 3D dancehall art show. You may go ahead and test out the 3D effect of Thompson’s work by scanning the QR code.
1
2
3

The Don Dada of three-dimensional art, Bonito ‘Nito’ Thompson, is looking to take dancehall across shores with an international tour. “The Jamaican brand is well known around the world for sports, music, and food. Now, it’s time for art,” Thompson told The Sunday Gleaner.

He added that there is no better time than the present to look overseas. “It feels like great timing. The world has reopened, our music is going viral overseas, and artistes like Shenseea, Skillibeng, and Skeng are blowing up in the United States market. My art is directly linked to music.”

The digital artist, who emerged on the scene last year with his augmented reality exhibition – Paper Planes – is now ready to take on a new adventure and soar to even higher heights.

“I’m working on improving from the first drop to work out a few kinks and make this one even better. When it comes to making art, I sometimes can’t control when it decides to come. I did have severe artist block for a few months, but it’s a part of the artistic process. I just live in the moment when things connect the right way.”

After the non-fungible token (NFT) drop in January, Thompson shifted his focus to making the tour a reality, building one step at a time.

This artistic execution will take flight and journey to six destinations throughout the diaspora: New York, Miami, Los Angeles, Puerto Rico, Trinidad and Tobago, and back on home soil at AC Hotel. “Every show is going to be different because there are more variables to consider so we will have to adjust for the audiences,” Thompson said.

The venue will play a crucial role in the set-up. For the Trinidad and Tobago edition, the show is designed like a festival, highlighting a Caribbean collective of NFT artists. While New York will be staged like a backyard with augmented reality (AR) fashion and canvas paintings on display; even themed cocktails will be in the mix to add to the immersive experience.

“I plan on integrating AR fashion into the mix because it just makes sense. Jamaicans are very fashionable, our style is unique so exploring that with art and technology is going to be amazing,” the creative declared.

The Jamaican showcase, scheduled to be the grand finale, is going to be massive, “This is home so we have to go all out.”

Each staging will feature two new non-fungible tokens collections this year: Mango Kush and Passionfruit. Mango Kush is an exploration of weed culture, while Passionfruit speaks to more of an abstract observation and interpretation of the human form through the lens of the Caribbean.

“The purpose of this tour is to amplify our island as well as Caribbean stories on an international level with art, and show the world what I have to offer as an artist,” Thompson added.

To say the 3D Don Dada is excited about this adventure is an understatement and he is grateful for his dedicated team, Alexia James, Jahneen Leslie, and Simone Russell from Cultrcreativ for their assistance in bringing this global piece de resistance to life.

“I think this will be massive for the culture. I can’t wait to see the type of impact this will have on the diaspora. I want when people see my work they’re excited and inspired. I want them to think of Jamaica and I want younger artists to see that you can do big things from art,” Thompson revealed.

The ultimate goal is to reimagine and reinspire how others look at dancehall and art, with the hope that they walk away with a greater appreciation of the two.

The diaspora tour officially begins on August 3 to 4 in Brooklyn, New York, at Rise Radio. It will then make stops at Puerto Rico in September, Trinidad at the beginning of October, LA at the end of October, Miami for Art Basel at the start of December, and then AC Hotel for December 15-17.

And in true Don Dada fashion, he will be showcasing and narrating his work against the rich sounds of dancehall music. The moving mix for the art tour is courtesy of Shantonio Chromatic, “The entire mix full ah vibes! It’s reggae, it’s dancehall, it’s a summer party vibe, gyal song wining, a likkle gun man energy. The full range.”