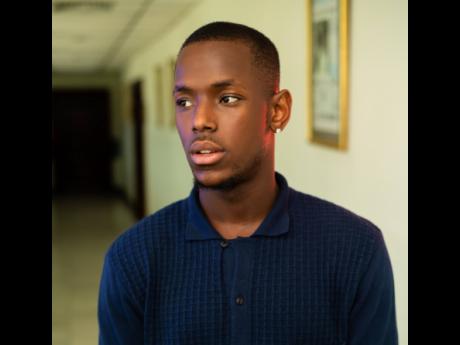 Gladstone Taylor
At 24, actor Micheal Ward is visiting Jamaica for the first time in 20 years. 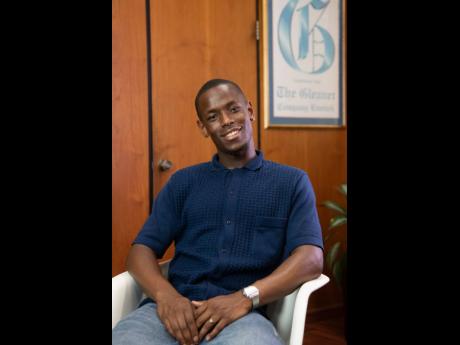 Gladstone Taylor
Micheal Ward was reminiscent of the Chronixx song ‘Cool As The Breeze’ while at The Gleaner headquarters. 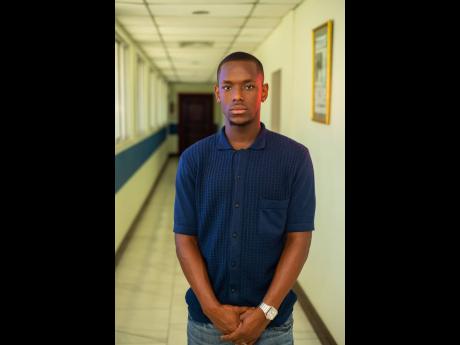 Gladstone Taylor
Micheal Ward wanted to visit to finally see his father’s grave as an adult.
1
2
3

Sporting a blue shirt with denim shorts, white trainers and shades, Top Boy actor Micheal Ward is reminiscent of the Chronixx song Cool As The Breeze while at The Gleaner headquarters. There is no big entourage accompanying him, instead, he’s rolling with two friends that he’s known for years and is seemingly unfazed by his rise to stardom as he greets everyone in his midst like family.

The 24-year-old who was born in Spanish Town, St Catherine, lost his father at the age of two and subsequently migrated with his mother and sisters to the United Kingdom (UK) when he was four. He’s now on Jamaican soil for the first time in 20 years and is trying to make up for the lost time.

“I’ve been enjoying my experience so far,” he says of his homecoming. Considering this trip as a fresh start in his relationship with Jamaica, he continues, “It’s good to see the people and just see the culture up close and personal. I’ve always had an idea of what it would be like but had no expectations, just kind of always wanted to see what it was like in person, so now that I’ve gotten that experience I’m just happy and blessed to be around my people.”

He’s pleased that he has been able to make the trip, especially during this time in his career. Why? He says humbly, “I have a lot going on.” And with numerous films slated to be premiered in the pipeline, we can see his point. Ward is after all the BAFTA 2020 Rising Star awardee, so expectations are high for him and he has to put in the work, not for others – but himself.

One of the major reasons he wanted to visit was to finally see his father’s grave as an adult. Accomplishing that goal he admits it was “super emotional” but “it was just good to finally do [so]”. He shifts in his seat. “I felt like there was something missing in me, so to be able to do that now, just means that I’m more focused. More driven and just more at peace. I feel like I have a sense of relief. Now I can actually come back a lot more and check in with him (his father) and family, which I have always wanted to do.”

Leaving at such a young age he relied on pictures to remember his time and experiences in Jamaica. Now that he is here, little things like biting into a guinep and seeing certain faces while in Spanish Town trigger vague memories.

We question if people have been recognising him while on the island and he gives a confident “yes”. Calling him ‘Jamie’ and ‘Top Boy’, which Ward appreciates. He gets love all over the world due to the immense success of Top Boy but “to come here and receive that love from your people is such a special feeling”.

Noting the huge diaspora that Jamaica has worldwide, while he’s been living in the UK he has had the ability to be around many people of Jamaican heritage. Both Ashley Walters who plays Dushane Hill, and rapper and actor Kano, who plays Sully on Top Boy are of Jamaican descent. The jargon and many words used on the show and in England are steeped in Jamaican vernacular, so Ward doesn’t feel like a fish out of water while being here in the least.

Our conversation turns to if there is a special someone in his life, but Ward is quick to say “nope”. He is single, ladies, but also is just focused “on work, family, and enjoyment.”

Ward says he tries to bring positive energy and vibes to everything he does. “I’ve always only wanted the best for myself, my family, and my friends, so if you want the best and you are manifesting that all the time, then you are only going to receive the best.”

On the cusp of Jamaica’s 60th year of Independence, we ask the actor about his wishes for Jamaica. Without hesitation, he says, “To just keep growing stronger. At the end of the day, we all want Jamaica to succeed, especially when you are from here and born here. I want Jamaica to be in history, one of the greatest places to ever [have] been established. I just want it to keep rooting its culture in authenticity across the world and making more and more people aware of Jamaica if they don’t know and also encouraging more people to come here and invest here.”