A ‘Sim Soul’ celebration in store 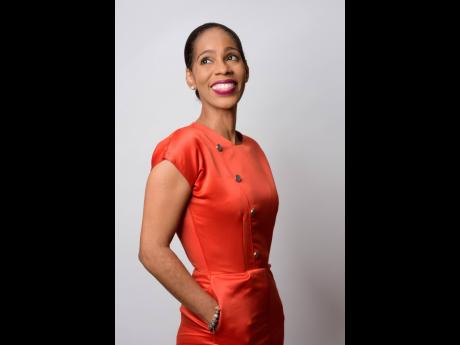 Anchored in the success of the groundbreaking television show Sim Soul Sessions, which first aired in June of 2020, the show’s executive producer, Simone Clarke-Cooper, is creating a live, on-the-ground experience called ‘A Sim Soul Celebration – Count Yourself In’, being held this Sunday, August 21, at The Jamaica Pegasus hotel, in tribute to her mother, Novelet Clarke, who passed away from COVID in March of 2020.

“Sunday would have been my mother’s 72nd birthday. I think this is a great way to honour her memory, by putting on an event that celebrates not only her journey, but the journey of every single person who has become a part of our Sim Soul community,” said Clarke-Cooper. She added that she is humbled at the success that the show has had both inside and outside of Jamaica, as is evidenced by the feedback she receives in person and online.

“I am so grateful to those who have made this programme appointment television; their go-to therapy session; their source of catharsis; a source of strength and positivity for them, and most importantly, a source of hope, that, like our guests, they too can get past whatever they’re going through once they don’t give up.” She continued, “I am in the business of hope, and I find it’s currently in very short supply and people are desperate for it. I think that’s why the programme has resonated so deeply, given the time we’re in and how difficult it has been for many to cope.”

A Sim Soul Celebration will offer the same positive energy offered on the television show. Noted clinical psychologists Kamala McWhinney and Sonia Wynter will do powerful presentations on stocking one’s toolkit of resilience to overcome – no matter what the challenge or source of struggle. There will be a message in the music performances from Jermaine Edwards and Alaine, and an incredible update from a former Sim Soul Sessions guest, whose life can only be described as a miracle. “I want everyone in attendance to know that they should never count themselves out. Things may get rocky, but even when others think it’s over, still, always count yourself in,” Clarke-Cooper said, referencing the theme of the show.

The open mic share segment of the programme has her particularly excited. “I’m looking forward to people feeling safe enough to share what the show has meant to them, or how they too have overcome their own life’s challenges. We learn from each other’s scars, and sharing our stories is really a healing salve,” she said.

She continued, “This will be the first event of its kind under the Sim Soul banner, but I know it won’t be the last. I look forward to being able to take this show across Jamaica, to let people know that things may be hard, but once they keep hoping and keep going, it’s not over.”