Brianna and Romane – from primary school to ‘I do’ 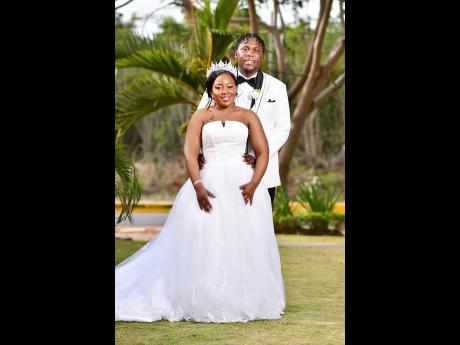 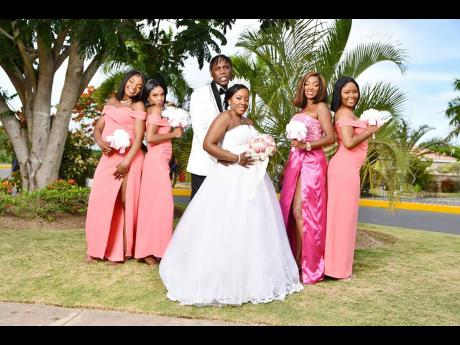 Wolfeâs Photography
Brianna and Romane (centre) are joined by their beautiful bridesmaids. 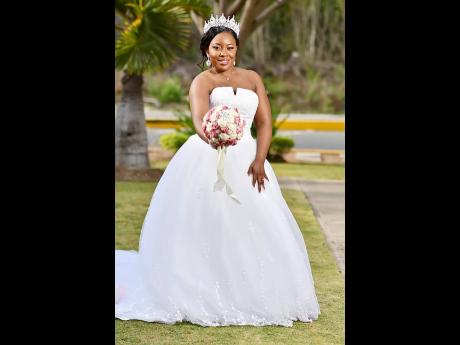 Wolfe's Photography
Brianna said her gown selection was a smooth process because she already had a particular design in mind and was intent on saying ‘yes’ to the right dress. 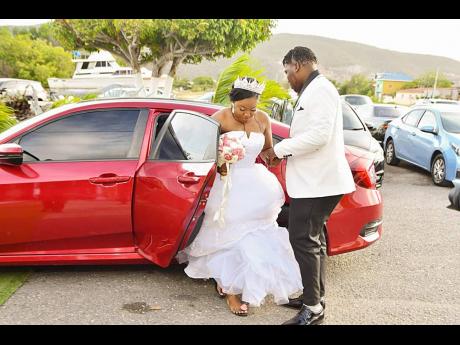 Wolfe's Photography
Chivalry is certainly not dead for Mr Cameron, who escorts his wife, Mrs Cameron, from the vehicle on their wedding day. 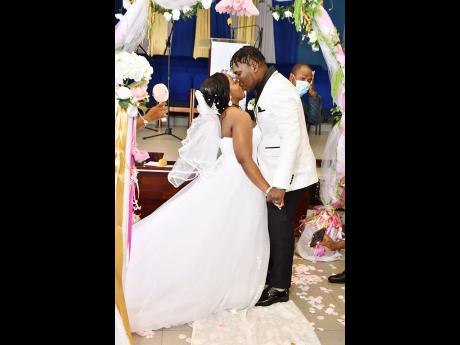 Wolfe's Photography
You may now kiss the bride: The Camerons seal their matrimonial love with a kiss. 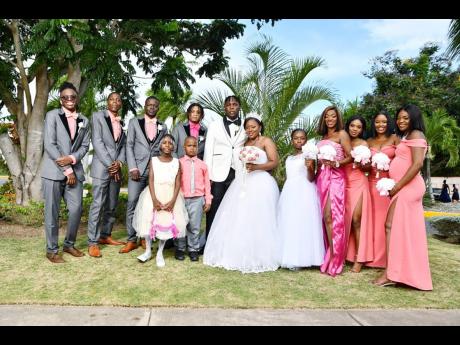 Wolfe's Photography
Top left: The newlyweds are happy to be celebrating their love with such a supportive bridal party. 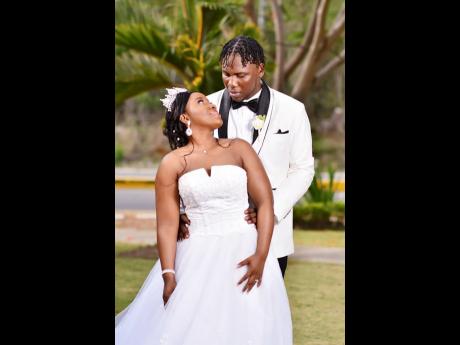 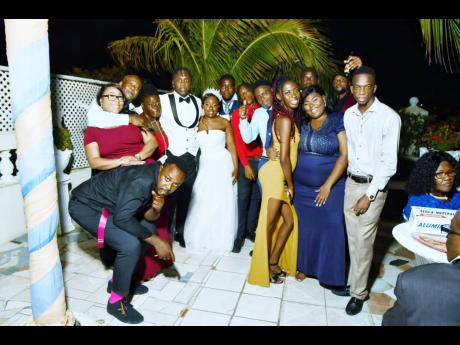 Wolfe's Photography
It’s love, laughter, and happily ever after for the bride and groom, who share in this memorable occasion with friends and family. 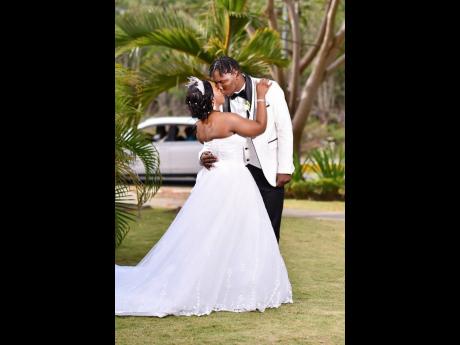 Some spend an entire lifetime searching for their one true love. That was not the case for Brianna Ragbeer and Romane Cameron, whose paths crossed in primary school. As fate would have it, the pair matriculated to the next level together, becoming high school sweethearts in grade 10. Now, the Camerons’ love is in full effect, with the two officially saying I do in a beautiful wedding ceremony.

At first, Romane found Brianna to be nice, quiet, and beautiful. Over time, however, he was excited to get a backstage pass to her sexy, dependable, caring, and romantic side.

“She is so thoughtful, not only about me, but about my family’s well-being as well. She is all for candle-lit dinners with just the two of us. Always in my corner, she will go to the moon and back for me and has helped me overcome my fears, which was holding me back in life,” he told Island Wedding.

Additionally, his darling has shown him unconditional love at unimaginable times and through the bad moments of his life. She has also stood as his consistent motivation to achieving milestones, reminding him of how proud she is and will continue to be.

Brianna initially saw Romane as cute and a very jovial person to be around. He is also kind, intellectual, caring, and romantic. “He’s my safe haven, so he’s always there in my corner. I can count on him to be there, and he’s always respectful. He’s hard working, dedicated to giving his best at what he does. He is truly inspiring,” she said.

On a personal note, Brianna admires how much he looks out for her, pushing her to move forward and attain her goals. “He’s been my rock and shield and never once complained or left my side. He’s always there to provide and never made me short of anything. He goes above and beyond for me and catches me by surprise with gifts and tokens that he knows I love, and I really appreciate that,” she gushed.

Brianna recalled the first date they had back in the day. Since they were both fans of television, the duo took their shared passion to the cinema. “While standing in the long line at the movies, he let me choose the show to watch and I found that to be romantic because he allowed me to choose. We enjoyed the movie, and on our way home, we shared our views and got to know each other some more. I found that to be so adorable,” she shared.

Since then, the couple has made the mutual love for the big screen a frequent romantic spot to rekindle the desire for each other.

While they knew they were always meant to be, the relationship underwent a true test when Brianna migrated to the United States. With neither party wanting to end things, they continued the relationship virtually for two years. And the distance only gave them reason to love harder.

After being together for seven years, Romane asked the love of his life if she could do him the honour of being his wife.

When Brianna flew in for the holidays in December of last year, she didn’t know that she would be in for an amazing surprise. Romane devised a plan for her to go out with her friends while he prepared the home for a chance to up the romance. With family already present, she came home with her friends, only to open the door to the living room and be startled by everyone.

“I got down on one knee and asked her, ‘Will you marry me?’ At that point, I was very nervous. She started to cry, and she took a long time to answer, so me say to her ‘Me knee a get tired, enuh.’ That’s when she replied and said yes,” he revealed. The significant moment was so magical in the eyes of the bride-to-be, but more would be in store for her since she had a wedding to plan.

The budding bride planned her own wedding with the help of close family members and friends. She described the experience as a mix of emotions since the process came with its fair share of stress, but she was grateful for the blessing and miracle in disguise. “I learned something new each day planning. It was truly an amazing experience.”

On August 6, Brianna and Romane tied the knot during a private ceremony in Portmore, St Catherine. The groom, in a suit from Unions Bridal Boutique, confessed that the wedding was excellent, everything he pictured and more. The bride shared a similar sentiment, stating that it was the best day ever. “Everything worked out to be exactly as I planned and imagined. It’s like our dream came true, and I must say the best moment for me was walking up the aisle to my husband. Seeing the way he looked at me was breathtaking,” Brianna added.