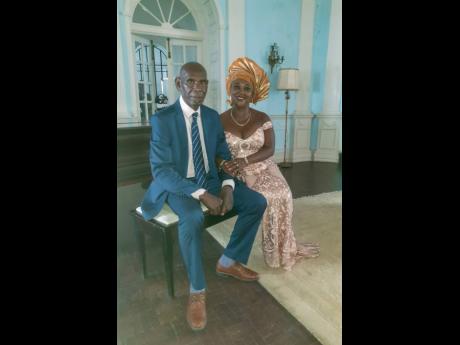 Contributed
Eric and Paula-Ann are a picture of long-lasting commitment and eternal love. 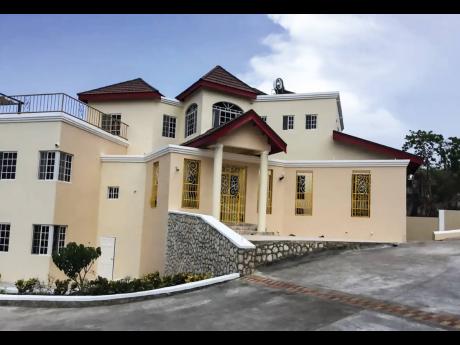 Contributed
This house boldly jumps out at you with its angular design. 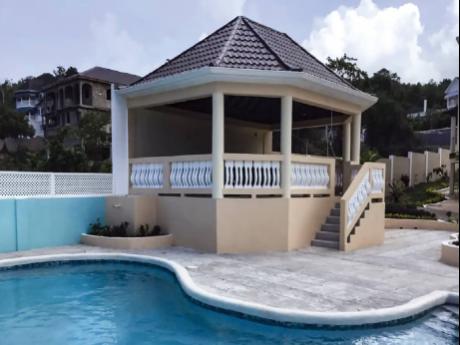 Contributed
The poolside gazebo before the construction of the interior bar. 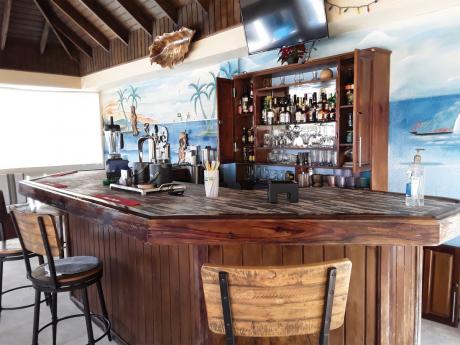 Contributed
The poolside gazebo with a newly constructed premium bar. 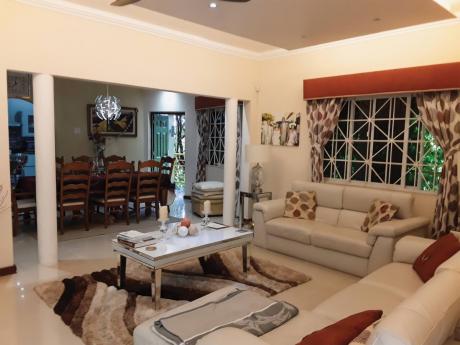 Contributed
A columned opening separates the inviting living room from the dining area.
1
2
3
4
5

Paula-Ann was relaxing with friends many years ago at a sauna facility in England — but that rejuvenating, harmonious experience was quickly interrupted by Eric, one of the other guests, who persisted in cutting into their conversations.

While rebuking his annoying behaviour in no uncertain terms, Paula-Ann was synchronously being invited by a tenacious Eric to imagine an eventuality of long-lasting commitment and eternal love.

But she absolutely could not see herself in his romantic vision and flatly denied his overtures. But Eric stubbornly refused to surrender to Paula-Ann’s rejections. In the fullness of time, she would give in to his relentless advances, tell him where she lived after six long months, wed him, and lovingly devote 28 years by his side!

As returning residents who lived in England for over 45 years, they were both previously married and treasure between them six children. Paula-Ann’s wish was always to return to the land of her birth. She is fun-loving and loves travelling, playing badminton, reading, and cooking. Eric, on the other hand, had wanted to move to Spain. But now, you can’t get him on a flight out of Jamaica. He has a fondness for entertaining and mixing the best cocktails ever.

Their dream home, suspended between sky and sea, has been realised in the hills of Discovery Bay, with uplifting views of the bay. Construction commenced in a quiet neighbourhood 12 years ago and has been concluded for one year now.

Its geometric architecture boldly jumps out at you, leaving one to stare ceaselessly at its structural arrangement of angled walls. This, most assuredly, is not your average rectangle or square house.

The approximately 7,200 square-foot house is spread over three-quarters of an acre. It includes seven bedrooms (mirroring the owners’ personalities); seven bathrooms, with the requisite living, dining and cooking zones, including an entertainment back porch and a single garage.

Interior details include porcelain tiles underfoot, a granite kitchen/bathroom counters, and a dominant beige and cream colour palette inside and out.

The mature gardens flaunt an elevated poolside gazebo with a well-stocked bar of premium international spirits and wines.

A loving relationship built by determination. A house constructed by perseverance. A story worth telling.

Barry Rattray is a dream house designer and builder. Email feedback to barry-rattray@hotmail.com and lifestyle@gleanerjm.com .