Opportunities to study in France, Martinique and Guadeloupe 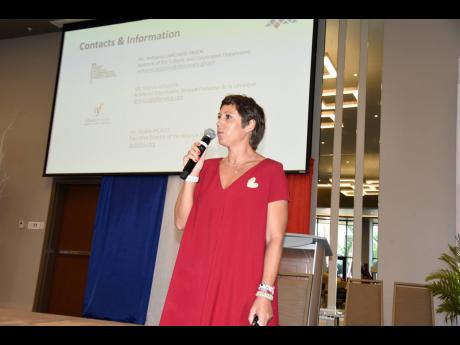 There are several reasons to consider studying abroad. These include diversifying your higher-education options, learning new languages and cultures, becoming a global citizen, and expanding job opportunities. Oftentimes, the trouble is finding where to look. Nevertheless, for those who have considered this, Sophie Picavet, director of the Alliance Française in St Lucia, as well as director of Network of Alliance Française in the Eastern Caribbean, while speaking with Living, shared that there are several opportunities for Jamaicans to study in France and French-speaking Caribbean countries for a subsidised cost, or even free.

“This is like the hidden gem of France – higher-education system. Not a lot of people know,” she said.

Picavet was speaking during the return of a ‘Touch of France’, hosted by the French Embassy and its collaborators, including Alliance Française, held last weekend at the AC Hotel Kingston. The event continues to promote partnership between Jamaica and France.

“Opportunities for all Caribbean students are huge in France. In the neighbouring countries in Martinique and Guadeloupe, students can actually study without any tuition fees, because the president of university has agreed to welcome Caribbean students with no tuition fees. Then, if they study in France, tuition fees are very affordable because they range from two to 3,000 euros per year, so it is a very great opportunity for students to have higher education at an affordable cost,” she disclosed.

“In France, the government is actually paying for higher education. It used to be free for all, but then they realised it was not sustainable. So, today an international student at a public university in France will pay between 2,000 to 3,000 euros a year, knowing that the French government is investing 15,000 euros in every student. The worth of the programme is between 25,000 to 30,000 euros, depending of course on which is selected,” she continued.

“So Jamaican students, if they are freshly graduated from high school, they need to have CAPE or A level. So, after form five, they have to do one year or two years to ensure they reach what is the equivalent of the 12th grade in the United States. Then they can apply directly to the French Embassy in Castries (St Lucia) for three programmes, and then the embassy will help them to process the application. If they have already started university, let’s say they already have the first year of a bachelor’s degree or a master’s, then they can apply directly to the university in France and once they are accepted, then they go through the embassy for the visa and everything, and then they can begin school.

The programmes available are similar to that of any other university, ranging from humanities, social sciences, science and technology. According to Picavet, the only difference is, there in no options of having a major and minor. All courses, however, facilitates doing other electives. Another consideration is aptitude in the language.

“If the programme is taught in French, then the student will have to have an official level of French, which is the B1 or B2 level. It is not the highest level, but once you have it, the student can actually apply to any university where the courses are taught in French; and that is where Alliance Française comes into place because they give French lessons, but they are also the official centre to sit for that diploma,” she informed.

Programmes to study overseas are also available at the high-school level.

“The most important thing to note is that if anybody wants to study abroad, or travel or have an experience abroad, there is a programme for it. It may not be a university, but it can be something else. We even have high-school exchange programmes, where students can actually go to a French high school for a full year, and then he is going to be totally bilingual. He will have the equivalent of the grade 12 and he can just go to a French university; and this a programme that is very successful. There is a cost associated to it, but you go to a French family for a full year, you’re living the culture and the language,” Picavet noted.

She encourages persons who are interested in this opportunity to visit www.afcaraibe.org for more information, as well as reach out to Alliance Française of Jamaica for further information.

“Not everyone will be able to afford to stay abroad, not everyone will have enough courage to go and take that step. But there is something for all, and we just need to be better at giving the options and opportunities,” Picavet said.