These men are inspiring the next generation through mentorship 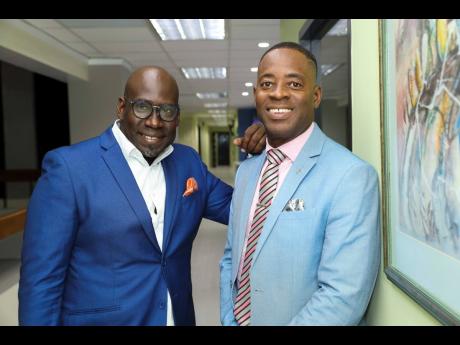 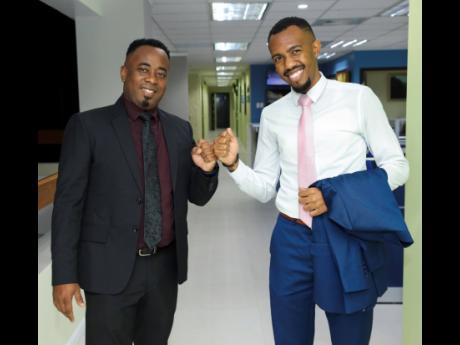 Mentorship is a key component of effective leadership, personal development, and career growth. This process helps mentees tap into the knowledge of those with more experience than themselves and allows them to learn faster than they would on their own. Mentors also benefit from mentorship by refining their leadership skills, and passing on best industry practices, and learning new skills from their mentees.

As the world observes International Men’s Day on November 19, four men within Sagicor Group Jamaica – two finance stalwarts and two of their younger protégés – sat down to talk about the value they have reaped from having positive male role models in their careers, and how this helps to drive the next generation of male leaders, along with the rest of society, forward.

Omar Brown is the chief executive officer of Alliance Financial Services Limited (AFSL). He is a mentor to Jason Baker, the branch manager at AFSL – Liguanea.

How important has male mentorship been to you in your career journey to being a CEO?

Omar Brown (OB): I joined the Sagicor Group in 2003 when I came in as a front desk clerk, and mentorship played a big role in my progression to where I am today. I remember in my first week being at the front desk, I was a bit shy, and one day a gentleman came through the door and shook my hand, and we had a good conversation. At the end of it, he said, “By the way, my name is Donovan Perkins, and I am the CEO of the bank.” It was the first time I had ever met a CEO, and it inspired me to want to achieve more.

How has Omar helped to mentor you since you’ve been working together?

Jason Baker (JB): I’ve been working with Omar since Alliance Financial Services Limited became a part of the Sagicor family earlier this year. I was inspired by Omar since the first day we met him. He listened to us, and he also came with new plans and ideas, especially at the branch level, and even now we’re seeing the company poised for greatness. Omar encourages and challenges me to always think on my feet, be diverse, think outside of the box, and defend my points, but also to be open to other perspectives.

Why is it so important for you to be a mentor?

OB: I think it is important for me to be a mentor, especially to the men I share space with, because if you look around in the corporate world now, you will see that it’s mainly women, and I know that it is always good to see someone who looks like you who is achieving great things. This is necessary to inspire the next generation of hardworking, ambitious men.

What does being a man mean to you?

JB: To me, being a man means taking charge of your reality and being accountable and showing up as your best self in any context and at any level. It means holding yourself to a high standard and being the honest, kind, empathetic being that God has created you to be.

Maurice McDonald is the branch manager for the Sagicor Life branch in Spanish Town. He is a mentor to Dexter Blackwood, a financial advisor at the same branch.

How important has male mentorship been to you in your career journey to being a branch manager?

Maurice McDonald (MD): When I started working at Sagicor 17 years ago, I knew that I wanted to do very well, so from very early on I sought out some individuals to mentor me. Many of them were men who are stalwarts in the insurance industry. These persons assisted me greatly in developing certain competencies that helped me over the years, and this has contributed significantly to my growth to my current level.

How has Maurice’s mentorship contributed to your growth as a financial advisor and an individual?

Dexter Blackwood (DB): When I met Maurice for the first time in 2019, he said ‘Dexter, I love your energy, and I want you to use that energy and become a successful financial advisor.’ That advice has carried me through to where I’m at right now. Maurice and I have conversations on an ongoing basis because iron sharpens iron, and he always reminds me of the importance of being my true self. This is especially important to me on the days when I need that push – that positive energy – to get up and keep going.

Why is it so important for you to be a mentor to the next generation of men?

MD: As a branch manager, I try my best to pass on the legacy and those core values that I’ve gained from others along the way. I think it is very important for men who are doing well to carry somebody along with them. I do my best to have constant one-on-one sessions with younger men, because they are the future of not only the insurance industry, but the pillars of our families and nation.

What is one piece of advice that you want to give to men on International Men’s Day?

DB: Be focused. Live and let live. We must be positive role models and mentors to other young men coming up. Too many of them are distracted by societal ills such as violence. Now more than ever you are needed to be an example and a shining light in your family and community so that others will want to emulate you.