How to train like a footballer with coach Raymond Leveridge 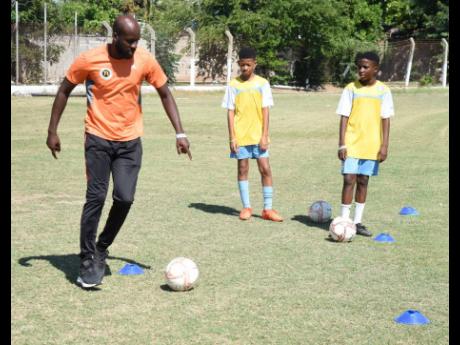 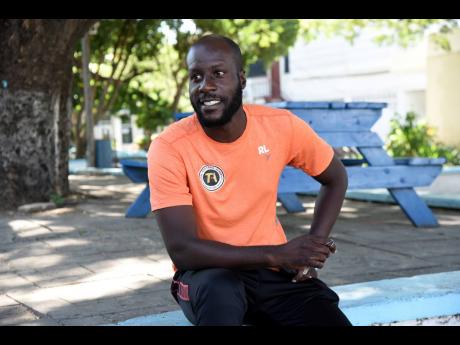 Ian Allen
Coach Leveridge explaining that there is more to the sport than kicking.The games takes skill, discipline, mental fortitude and heart. 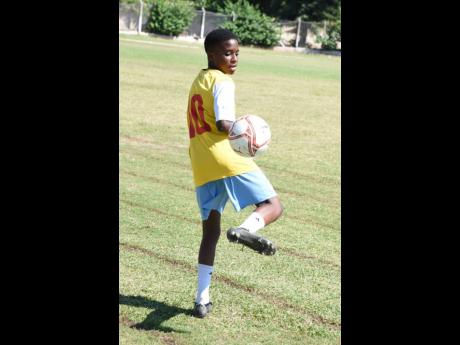 Ian Allen
Easy does it for the number 10 on St George’s College under-14 football team, Ryland Fray-Campbell. 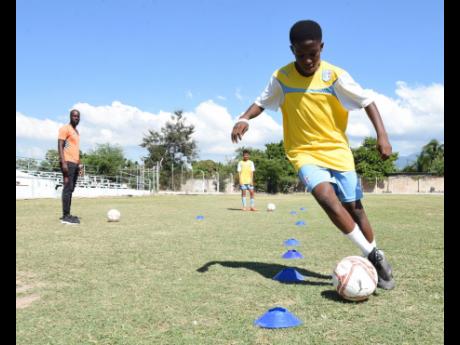 Ian Allen
Coach Leveridge looks on as Ryland Fray-Campbell breezes through the drills. 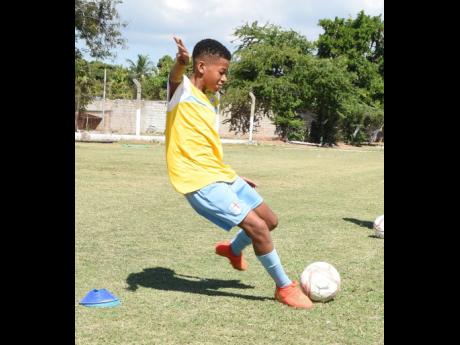 Ian Allen
Practising his kick-off is Dejan Ho-Young, first-former and member of the St George’s College under 14 football team. 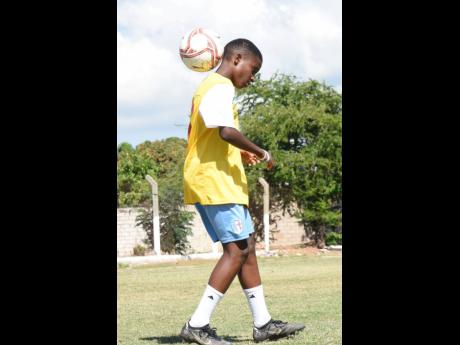 Ian Allen
Fray-Campbell, a third-former who is one of the captains for his side, shows off his skills for the camera. 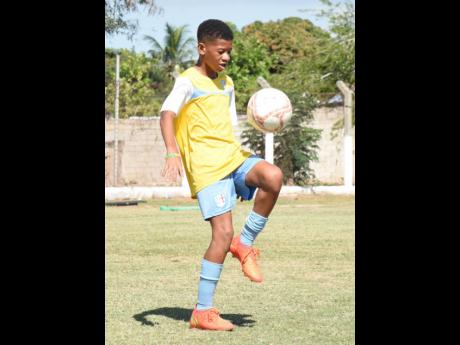 Football is a lifestyle. And that is why so many people are passionate about it. In light of this season’s World Cup, we asked Raymond Leveridge, a coach for almost 20 years, about how to train like a footballer. He kick-started the interview by sharing some eye-opening insights.

He began by explaining that some people believe that it is about going out there for 20, 30, or 90 minutes. But the sport is so much more than kicking around a ball. A lot more goes on behind the scenes before going on to the pitch.

It’s about truly learning the game, and this takes skill, discipline, mental fortitude, and heart. “When training to be a professional footballer, we tend to model the European style of training. The standard is 10,000 touches per day on the ball,” the St George’s College’s under-14 coach told Health and Fitness.

Training on a professional and semi-professional level entails doing so every day, sometimes two times per day. “It doesn’t mean you’re doing the same thing. You might work on your technique in the morning; your passing, dribbling, using the outside or the inside of the foot, the trap, the thigh, chest, and head, working on the weaker foot,” he revealed.

Afternoon sessions, he says, might look more like playing the game in the positions on the field. “Looking at things, like when you’re out of possession of the ball, how do you zone, how do you delay or slow down the person who is attacking you and make that tackle. We go through simulations of game situations and repeat them; that way, when it arises in a game, the players can handle it. The dynamics of the game is that you will always play different opponents, individuals and skill sets, so you have to always be on your A-game.”

With these intense sessions, athletes take their basic recovery in-between that time through ice baths and hydrotherapy. These help to relieve the sore muscles, the lactic acid build-up, and the tension.

The physical detail can only be great if the theoretical aspect of the game goes hand in hand. “If you’re playing a 3-5-2 defensive formation, then there’s a 3-5-2 high block and 3-5-2 low block, or 3-5-2 lopsided. The field has zones and channels, spaces behind the lines. So we take the time to teach those different elements,” he added.

A key component of football is also nourishment. When it comes to the sport, it is important to sustain yourself and increase your energy level to a performing high. It differs per athlete, he said, adding that it’s not one fits all.

“Over time, you have to learn your body. We can carb-load some boys and get the energy out of them. While for other boys, we have to put fewer carbs in their system because their metabolic rate is slower, and they might put on fat because of that. It varies, but it is an important part to understand; you will need to be at optimum performance. It helps the mind to process quickly as well,” he said.

Then there is the physiological ingredient of strengthening the body, keeping off injuries, and recovering from them. “Currently, we have our team in a psychology session going for six weeks. You do have boys, even professional athletes, who struggle with confidence. Some struggle with personal issues and team cohesiveness.”

Injuries, he pointed out, are unavoidable. “There is no athlete that will go through his sporting career without injury,” he confessed. But as a coach, he advises his team members, and other athletes at large, to listen to their bodies. “It speaks to you. It will tell you if you’re feeling lethargic or feeling a needle or pinch in a specific area.”

“Sometimes, we need to change the training programme, training surface, or footwear. It can be an injury that just happens during a game that requires rest. Or it can be something much more serious. It’s not just a coach; it’s an entire team that monitors a professional team, from the sports psychologist and nutritionist to the physiotherapist, physical trainer, doctor, and masseuse.”

Having played at the intercollegiate level, Leveridge went on to coach right after graduating from G.C. Foster College. He started with Red Hills United major league, HEART Trust/NTA for the Business House League, and Vocational Training Development Institute intercollegiate games. “I took Red Hills to the semi-finals, and won intercollegiate football against big names like UWI and UTech. I also won business house football with HEART Trust.”

He moved on to Wolmer’s Preparatory School, where he reigned for 15 years, dominating the field. When his alma mater saw what he was doing with the prep and high school, the team came knocking. Today, he is the football coach of two different teams, the St George’s under-14 and Total Football Academy (TFA), ages four to 16, which is no easy feat. But it is one that he takes great joy in doing and has plans to take TFA overseas for some international experience.

His World Cup team of choice? He revealed that Germany is his preferred side, even though they are no longer in the running.