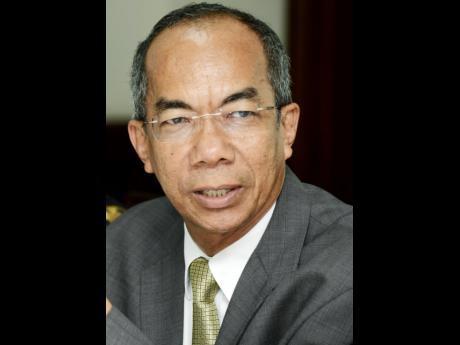 WITH ONE of his earlier initiatives ? the creation of the Glendevon Centre of Excellence now bearing fruits, Dr Horace Chang, who is serving his third term as member of parliament (MP) for North West St James, said the vast majority of his Constituency Development Fund (CDF) will continue to go into educating his constituents.

?We cannot build a nation without an educated population,? Chang said in outlining the motivation behind his thrust to promote education. ?The answer to the question of solving poverty is always education, which can increase productivity and quality of life.?

In reflection on the position he took back in 2002, when he first became MP for the constituency, the long-serving Chang, who is also the opposition Jamaica Labour Party?s (JLP) spokesman on environment and climate change, said his focus was creating infrastructure to facilitate education.

?In the first five years (between 2002 and 2007) when we had the Social and Economic Support Programme, we spent the bulk on education infrastructure such as computer centres, music band equipment and college fees,? said Chang. ?Since 2007, we have been spending about J$5 million a year on college and university fees, assisting hundreds of students to achieve higher levels of qualification.?

Chang said the assistance in fees for tertiary training was essential in a constituency like his, which is chock-full of inner-city areas and their attendant social and economic problems.

?Smart, hard-working students from these humble communities should not be embarrassed by their economic circumstances,? said Chang. ?We are committed to education and uplifting residents through their children attaining higher education.?

Chang said his commitment to educational development in his constituency will remain a non-negotiable issue as long as the CDF continues to exist.

The Glendevon Centre of Excellence, which offered its initial cohort of 90 students training in areas such as housekeeping, data operations, waiting (restaurant service), and front office operations, over nine months, is now assessing those students to see how well they did.

The centre, which opened its doors in 2013, was developed by Chang as avenue to steer at-risk youth away from crime and violence while empowering them through skills designed to make them employable.