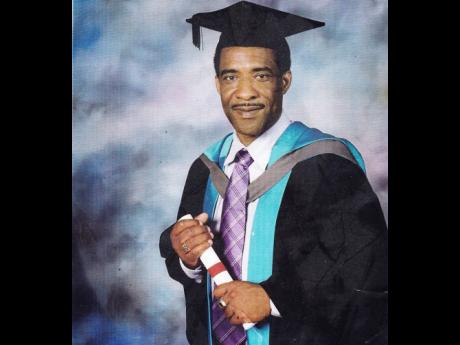 Social scientist Donavan Reynolds, a postgraduate student completing an LLM in international human-rights law at Birkbeck, University of London, has applied to the Jamaica Labour Party (JLP), seeking to be the party's candidate in the Western Westmoreland constituency.

"Based on the work I have done in the constituency in the past, a number of persons have contacted me asking me to contest the seat," said Reynolds, who is a former chairman of the Sheffield Division.

"Approximately 75 per cent of the delegates who know me through my association with the party and my work and social activism have guaranteed me their support."

Reynolds, who holds a BA degree with honours from Kingston University, London, a diploma in clinical social work from St George's University of London and a postgraduate

"I am currently three-quarter way through an LLM

in international human-rights law at Birkbeck University of London, which I intend to complete by April of 2015," said Reynolds. "I have two post-qualifying awards in social work that I completed for the British Association of Social Workers at South Bank University. I have eight years of clinical experience in dual diagnosis."

Reynolds, who has been a registered member of the JLP since 1994, is the founder of the Negril Youth Club and JLP Youth Group Action 100, says Western Westmoreland is close to his heart.

"Western Westmoreland is close to my heart ... the constituency has been politically neglected over the years and is in needs of a leader who can attract the support of the youth and has the flexibility to engage the community with a cross cutting appeal," said Reynolds.

Prior to his scholarly endea-vours in Britain, Reynolds served 12 years as a member of the Jamaica Constabulary Force, resigning voluntarily at the rank of detective corporal. He later worked with Crown Eagle Life Insurance Company for two years.

The Western Westmoreland seat, which is considered a safe seat for the ruling People's National Party is currently represent by Dr Wykeham McNeill, the current minister of tourism.