Retired librarian to be honoured 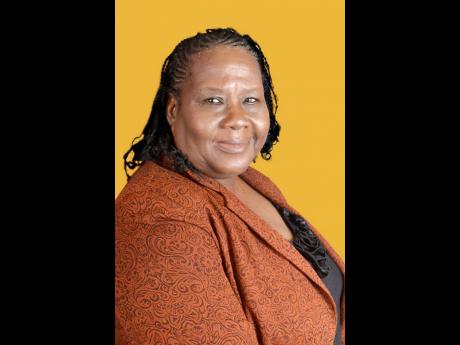 When Patricia Cuff began working at the Jamaica Library Service (JLS) in 1965, it was completely different from what it is today.

At that time, the library in your community would not have been erected just yet, as regional directors were busy negotiating library sites with the church and private land owners.

"People would give us land to build libraries; at one point, St Elizabeth had nine branch libraries and eight were on donated land. I can recall several days when I was at work, in stockings, and someone would call me to look at a site for a library in deep rural areas, sometimes in bushes and before I knew it, I was off to do a site visit. We would get these properties rent free or at pepper-corn rental, because the owners believed in education," Cuff recounted.

Having contributed over 43 years of dedicated and unbroken service to the JLS, today, National Heroes' Day, Cuff will be recognised for her contribution to nation building. She will receive the Badge of Honour for Long and Faithful Service rendered to the Jamaica Library Service at the King's House ceremony.

A physical structure for a library with books, journals, magazines, newspapers, and encyclopaedias was extremely relevant, as many Jamaicans did not have a private library, or even the internet. Back then, everyone relied on the library for information.

"The ministers of government who had to write their speeches sought information from the library. When they called, we did manual searches and provided the information as soon as

Having studied at Liverpool Polytechnic (now Liverpool University) in the United Kingdom, the Management Institute for National Development (MIND) and the University of the West Indies with the help of the JLS, Cuff was fully equipped to transform communities through the library service.

Cuff's experiences with the JLS were diverse as she has worked with several libraries in St Elizabeth, Clarendon, Kingston, St. Catherine and St Thomas in various capacities.

"During my time in

St Catherine, I managed to negotiate the purchase of the land for the parish library. I also pioneered the use of container libraries," she said.

She also made significant contribution to the KFC-Jamaica Library Service Reading Corner and Homework Centre, which has helped many of the nation's children to read.

"It was such a good programme which was well received. Based on the success of the programme, KFC was encouraged to do more across Jamaica; subsequently each parish had a centre. The rooms were different with special features for the children, just to be able to relax, do child-friendly activities, learn to use the computer, play, interact and to get information," she shared.

"The JLS was not just about books. It was about art, culture and exposing our Jamaican

people to information about any and everything. As the channel, we had to ensure that we were on the cutting edge of the information gathering, packaging and delivery, so that it was relevant and could stand up to scrutiny," Cuff said.

"We worked on the competition, from concept to rules and the television programme," she said.

Since then, the JLS has

morphed into a technology-driven, relevant network with service points located throughout 13 parishes, arranged in six regions.

The JLS has responsibility for 124 public libraries and 926 school libraries throughout the island. It is the only organisation which provides free, unlimited public access to recorded information. It also operates 411 mobile library stops and it also offers access points for 22

Director general of the JLS, Karen Barton, gives her

stamp of approval for Cuff's recognition.

"Mrs Cuff deserves this award because she is the epitome of a good librarian who worked well with the community, staff and other stakeholders of the service. She made invaluable contribution to the service, right across Jamaica," said Barton.

In addition, Barton noted that Cuff served in most positions in the JLS.

"She transitioned into the post of senior director of the JLS and was a part of the senior management group with responsibility for developing policies to govern the service," she added.

The Badge of Honour may be awarded to civilian residents of Jamaica and to foreign nationals who are employed in Jamaica's diplomatic and consular missions overseas in three categories - long and faithful service,

The Badge for Long and Faithful Service is awarded to persons who have rendered long and valuable service, worthy of special recognition.