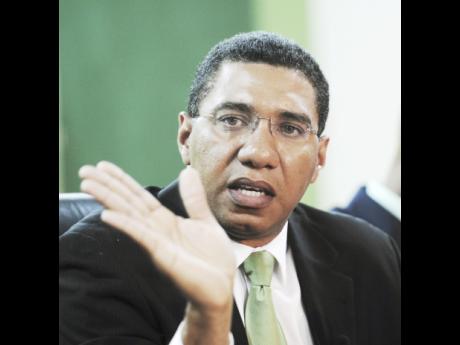 Is nothing sacred, TVJ?

A few weeks ago, I was watching the state funeral for the Honourable Roger Clarke, on TVJ, and was most disconcerted to see the service interrupted by the station?s broadcast of the midday Supreme Ventures lottery draw.

At the time, I felt I was perhaps being overly sensitive as to what was appropriate, so I held my tongue. This (Monday) morning, however, watching the national awards ceremony on the same channel, I was appalled to see the broadcast of the ceremony interrupted by the showing of the 10:30 a.m. game draw.

Surely, TVJ could have delayed this broadcast until after the awards ceremony. I know that they must have contractual arrangements with Supreme Ventures, but as a responsible corporate citizen, I doubt if they would have been averse to this being done. At the very least, TVJ could have broadcast a split screen with the ceremony and the drawing in separate windows.

Is there any event of national importance which would take precedence over the showing of the results of the four-times daily game draws?

Cut out this ?make up? rubbish

I am one citizen who is getting peeved with the police in my area. Our police should not be so interested in the conflict resolution business. They should stick to crime fighting and whenever an offence is reported/or committed, file charges, make arrests and bring the matter to court. Now, our policemen and women are telling complainants and accused to ?make up?. This is getting too prevalent in my Clarendon community. Recently, a young boy was in an accident with a motorist. It is reported that the fist thing that the police told the young boy?s parents to do was to ?make up? with the driver. How come? This boy died later in hospital. It is widely rumoured that the vehicle was not licensed or insured. It is the feeling of some citizens that the police are working to free the driver. This rumour would not be circulating if our police acted with professionalism, following the evidence wherever it leads. I hope that the commissioner of police, Dr Williams, will look into and make this part of his accountability mission.

Allow me space in your paper to voice a pressing concern of national importance. It seems like it has now become customary for the leader of the opposition, Andrew Holness, to be absent from national events. As a case in point, he missed the Grand Gala Independence ceremony, two years in a row, and today (Monday) he was again missing in action from the National Heroes Day Awards Ceremony. Last week, in the midst of the chik-V epidemic, he was also missing from the meeting called by the prime minister to address the crisis that they (the opposition) themselves were more than late in addressing. For all intents and purposes, it appears that Mr Holness cannot handle the business of leader of the opposition since he seems to have more pressing, and far more important issues to deal with. But the truth is, this mass absence on the part of a government official, and leader of the opposition at that, did not occur when Jamaica was most polarised during the era of Michael Manley and Edward Seaga. This leads us to the obvious but weighty question of his leadership. Can Andrew Holness move Jamaica forward? Must we as a country look forward to a future Jamaica which does not celebrate important events in the life of our country? Again, I question his system of victimisation for those who do not support his ideas. This system was most reflected after the November 2013 Jamaica Labour Party leadership race and it can surely continue into the governance of this country if he should, God forbid, be elected prime minister.