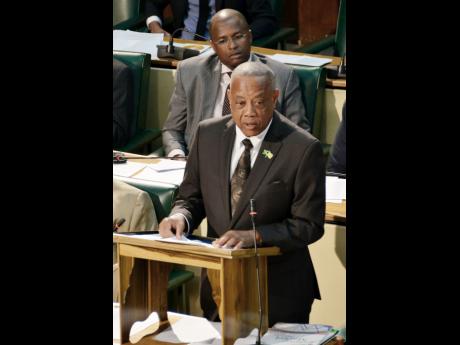 KELLIER FILE Labour Minister Derrick Kellier makes a presentation to Parliament. Says columnist Claude Clarke: "While other countries in the region have seen workforce participation increase substantially ... Jamaica suffered a decline of 15% after 1994, (which) represents the failure of every administration since then. 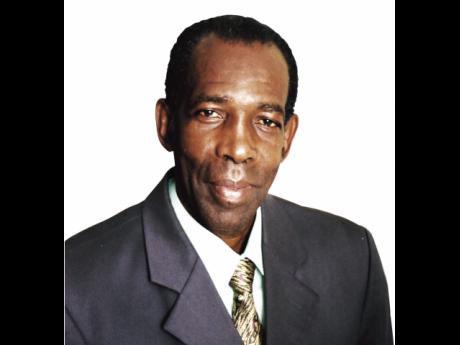 ONLY A few farmers at the Plantain Garden River Agro Park in St Thomas have repaid their loans, leading the St Thomas Cooperative Credit Union to withhold payment to suppliers.

Derrick Kellier, the agriculture minister, said in the House of Representatives on Tuesday that the farmers ?have not shown any indication that they intend to repay their loans, and therefore, the credit union is holding the remaining funds in the account for interest payment?.

J.C. Hutchinson, the opposition spokesman on agriculture, said the US$217,800 or $24 million is now owed by the farmers as the result of the planting of an onion crop which failed.

?I am not disputing that for any moment, but it is my intention to have discussions with the farmers about this and with the credit union directly to see how we can bring this to closure. The truth is, we cannot allow it to drag on any longer because as you know, money grows interest, and it would be to the farmers? account,? Kellier said.

The agro park was established to formalise the operations of informal settlers of some 290 acres of land that was provided to the farmers at their request. Government has spent over $78 million to provide the necessary infrastructure including drainage, irrigation and road works at the site.

Kellier said only a few farmers made efforts at serving their loans ?despite generating earnings from the existing crops?.

?The St Thomas Credit Union has once again suspended payments to the suppliers of inputs for the recovery programme which has resulted in a temporarily suspension of the planting of the remain crops in achieving the full acreage,? Kellier said.

A loan scheme was facilitated by the Agro Investment Corpora-tion, and the financial institution to provide working capital for the farmers. The St Thomas Cooperative Credit Union was also providing weekly grocery support to the farmers.

Of the total of nine agro parks targeted to help boost the country?s food security, seven are being implemented. The overall impact of the parks, when implemented is for the employment of more than 5,000 people, directly and indirectly; bringing some 6,360 acres of now under-utilised lands into agricultural production; import substitution over 56,500 tonnes of produce normally imported, to be produced locally and an estimated J$1.5 billion in private sector investment, and foreign exchange earnings/savings of up to J$4.2 billion/ US$47 million at the end of 2017.