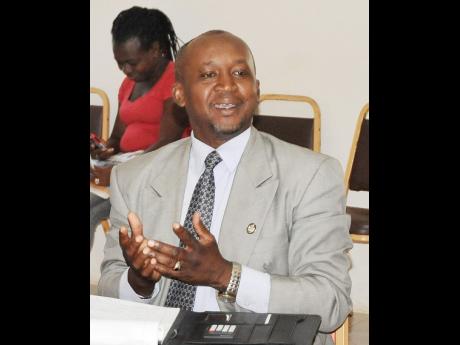 FIVE YEARS after the construction of the Santa Cruz Transportation Centre - Number Two - and more than a month after its gazetting, taxi operators plying routes west of Santa Cruz have still not moved to park as there is still work left to been done.

Chairman of the St Elizabeth Parish Council Mayor Everton Fisher has said the council has put aside $3.5 million for the work to be done on the transportation centre, which was constructed to accommodate taxi operators who ply routes west of Santa Cruz. This commenced last weekend.

"The parish council recognises that there is some remedial work and we have looked within our budget, and we have come up with $3.5 million to do the paving of the centre. "It requires that we pave and mark it out so that the taxis can be uniformed in their parking, and so we are working to make sure once this is done, there cannot be any complaints from the taxi men," Fisher told Rural Xpress.

The mayor said work which began last weekend is expected to be completed for the official opening of the transportation centre on November 20.

"I believe by the middle of November, the transportation centre will be operational. I am looking forward to (having) the Honourable Noel Arscott open the transportation centre on the 20th of November. That day, we will also have a town hall meeting so that people in the parish can be able to air their views as to how they believe the local authority is carrying out its duty.

"Once the park is open on the 20th, we are looking for full use of the park. [Lack of use] has congested the town, the police have told us, especially on the western end on the town, persons going about their business are impeded by the traffic most of [which] is caused by the taxi men," Fisher said.