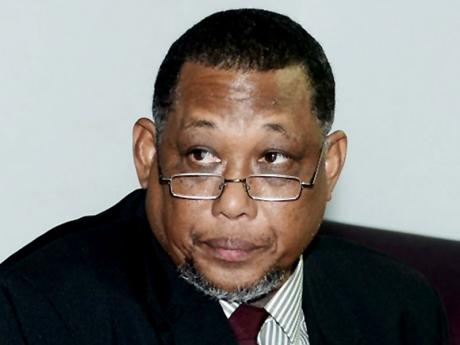 JAMAICA HAS begun the roll- out of a project designed to enhance its adaptation planning for climate change while also meeting its obligations under the United Nations Framework Convention on Climate Change (UNFCCC).

The project, to run over three years, is the preparation of its Third National Communication and Biennial Updated Report to the UNFCCC, which has as one of its components vulnerability and adaptation assessments for five of the island's most critical sectors.

Those sectors — water resources, agriculture, human health, coastal resources, and tourism — are also counted among those most vulnerable to the changing climate.

In addition to warmer temperatures already being experienced, climate change brings with it sea level rise, increased sea surface temperatures and more frequent and/or devastating extreme weather events, such as hurricanes, floods and droughts — all of which hold negative implications for water and food security, public health, marine life and coastal livelihoods, and trade.

Project administrator Clifford Mahlung said the third national communication — funded by the Global Environment Facility to the tune of US$852,000 and executed through United Nations Development Programme — is to help Jamaica answer these challenges.

"The information [from the sector studies, for example] will inform the development of a national strategy and a national adaptation plan (NAP) to complement the work of the [climate change] focal points inside the Climate Change Division who are expected to develop sectoral adaptation plans," he told The Gleaner.

NAPs have as their objectives to:

reduce vulnerability to the impacts of climate change by building adaptive capacity and resilience; and

facilitate the integration of climate change adaptation in a coherent manner relevant to new and existing policies, programmes and activities, in particular the development planning processes and strategies, within all relevant sectors and at different levels as appropriate.

Meanwhile, in addition to the vulnerability and adaptation assessments on the critical sectors, the national communication project will take an inventory of the island's net emission of greenhouse gases, such as carbon dioxide and methane — high concentrations of which continue to fuel climate change.

"The net emission is the emission that is created by sources such as energy plants, production of electricity using fossil fuel, motor vehicles that use petroleum, landfills that create methane and other sources of waste management," Mahlung explained.

"[It also takes account of] the agricultural sector that loses carbon through land-use changes. For example, changing from forest to grasslands, you lose carbon. And then the forest themselves that store carbon dioxide, which we will also look at," he added.

"Our inventory will take all of this into account and the net emission will equal those that are emitted by the sources minus those that are captured by the trees," the project administrator said further.

A third component of the project, being implemented with in-kind contribution from the Government is an updated assessment of the potential areas for reducing emissions in Jamaica.