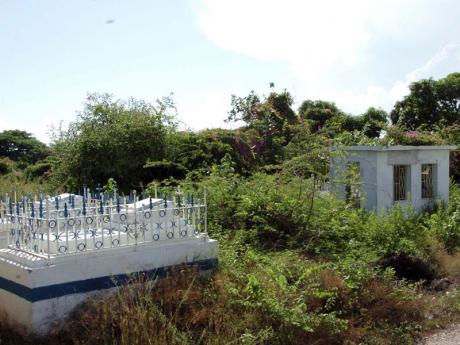 With figures from the Statistical Institute of Jamaica (STATIN) showing 15,427 deaths recorded in 2013, and murders becoming a growing concern yearly, the National Environment and Planning Agency (NEPA) is concerned that Jamaica is running out of public space to bury persons.

Leonard Francis, director of the Spatial and Planning Division at NEPA, said according to reports that parish councils made to the agency about the limited burial space, the country was facing a crisis.

"People might need to start thinking about cremating and burning bodies. We are actually running out of space to bury people," he declared. "The fact is also that we are moving into lands that we would want to retain, which would include agricultural and environmentally sensitive lands," he told The Gleaner.

He added, "This is an issue right across the island."

The Gleaner was unable to get data from the parish councils responsible for cemeteries outside of the capital city. However, superintendent of cemeteries at the Kingston and St Andrew Corporation (KSAC), John Cornwall, giving a breakdown of the situation in the Corporate Area, said only one public cemetery, the May Pen Cemetery on Spanish Town Road, was in operation and had space.

"The Bedward (August Town) cemetery, along with the Belvedere (Red Hills) cemetery, is closed. The August Town cemetery has about six spots left, so we are faced with a serious problem," he declared.

"Serious attention, however, needs to be given to May Pen, as the conditions there are not suitable for even the dead. There is a lot of filth, and some areas are almost like a forest and in need of serious maintenance," he declared.

Francis said the situation was compounded by the fact that people, generally, were sceptical about cemeteries or funeral homes being built close to their communities. He said it was something that should be addressed urgently.

Francis, who was also speaking in recognition of World Town Planning Day which was celebrated on the weekend, said the agency was working on a policy to address the lack of public burial space and added that extensive collaboration was needed.

"We have been trying to step in to see how best we can curtail the issue, but a major part of that will have to include consultation," Francis told The Gleaner.

"Various stakeholders and various government agencies will be included because at the end of the day, planning is about the people, and they must be included," he said. "Some persons complain about the traffic, the smell, and, generally, the society is divided on the issue. As an agency, we need the leadership to address it," he charged.