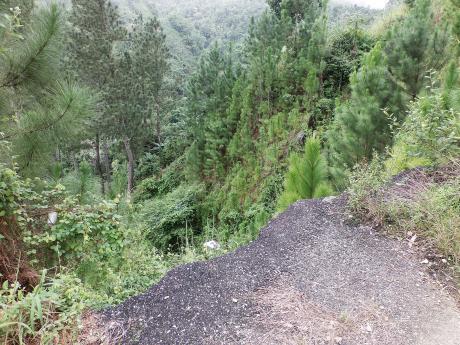 One of the roadways in Cascade, which has been cut off and abandoned. 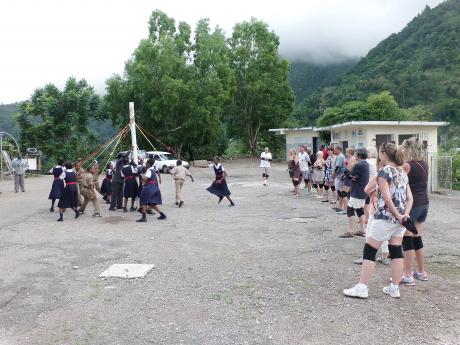 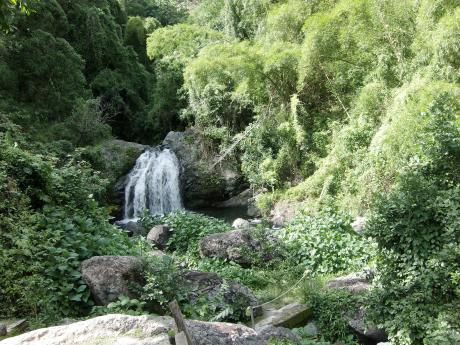 PHOTOS BY GARETH DAVIS A falls in the community of Cascade, which is heavily utilised by tourists who participate in the Blue Mountain bicycle tour.
1
2
3

FROM THE days when coffee was the most viable export crop, the community of Cascade in Portland was booming as economic growth was at its highest. However, less than 20 years later, the dreams of many have been shattered, resulting in an exodus.

This once-booming community, which inspired hope for many, has seemingly lost the battle of economic prosperity as residents are hastily relocating elsewhere as damage inflicted by the forces of nature, has all but annihilated its basic infrastructure.

"I am next in line to flee," commented 47-year-old Dennis Parchment, a resident, who lives in close proximity to Cascade Primary and Junior High School.

Parchment added: "All I have to live on is just memories of the good old days of the 1980s and 1990s, when coffee was boss. Those were the days when trucks would come into Cascade by the dozen - transporting coffee, which was grown and reaped here in abundance. Coffee farmers were kings back then, and even though banana was at its highest, most of our farmers only planted coffee."

"There is simply no hope for anyone anymore and jobs are hard to come by. Students and parents have left the community; some have even abandoned their homes, never to return again. Rain fall keeps damaging the roadway and crops have been destroyed. Farmers are unable to access their farm lands, and everything is so chaotic," he further added.

In recent times, the community, which is located in the upper Buff Bay Valley, has been hard-hit by multiple land slippages during heavy rainfall - resulting in the collapse of roadways at different sections, leaving hundreds of persons stranded, while cutting off access to farm lands.

And with no spin-offs from economic activities, which have been crippled, compounded by no employment opportunities, the student population at the school has dwindled significantly, probably an indication that all has been lost for this picturesque community.

She continued: "Whenever a community - well a school for that matter - is losing its young people, it is a clear sign that the worst is about to happen. We have had disaster after disaster, which have damaged the road network in this community repeatedly. The roads are now repaired, but it was no easy task and we have to thank the member of parliament and a technical team from the National Works Agency."

She added: "The roads are now opened, although some roads, which were cut off have been abandoned as they were classified as death traps. But alternative routes have been created and residents can now travel through the hills into St Andrew with utmost ease. Young people are fleeing the community into Kingston and Port Antonio in search of employment and with the remaining residents getting on in age, the population is not replenishing."

And with the community withering away, probably the only sign of real economic activity is a Blue Mountain bicycle tour, which continues to prosper, as tourists are transported daily by tour operators.

But for many, it is simply not enough for a community, which once boasted a population of nearly 6,000 residents, and has withered down to approximately 500 in 2014.