OCG steps in on Outameni probe 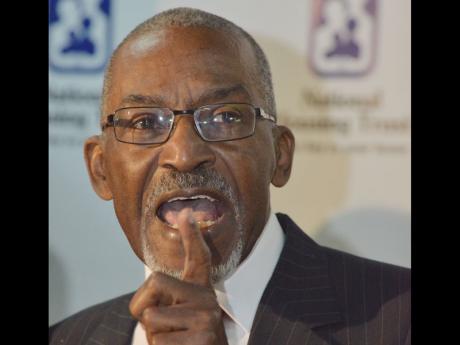 THE OFFICE of the Contractor General (OCG) has requested documents from the National Housing Trust (NHT) into the controversial purchase of the $180-million property which housed the Outameni Experience in Orange Grove, Trelawny.

Board Chairman Easton Douglas told journalists at a press conference on Monday that the OCG has joined the Auditor General's Department in conducting an investigation into the purchase of the property by the Trust.

There has been a chorus of calls from private-sector groups for both the contractor general and the auditor general to probe the issue, which has triggered national debate over the last few weeks.

The auditor general has already started collecting information for its audit. The contractor general is also busy requisitioning documents germane to the deal.

Douglas told journalists that the board of the NHT has acted legally, morally and in the best interest of the Trust and the people of Jamaica.

"We have carried out our duties consistent with the NHT Act and in keeping with our fiduciary responsibilities," he said.

The chairman said, as of September 30, 2014, approximately 86 per cent of the NHT's total assets, or $185 billion, has been invested in mortgages.