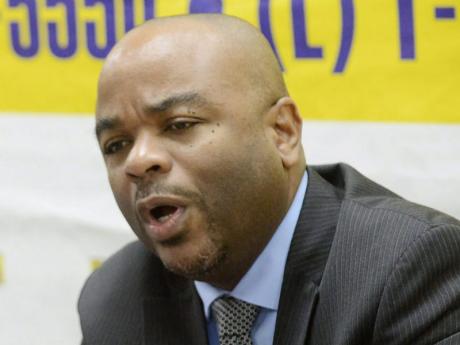 With the threat of prosecution, police personnel and soldiers who plan to testify in the Commission of Enquiry into the May 2010 military incursion were yesterday jolted at the sight of the Terrence Williams, head of the Independent Commission of Investigations (INDECOM), and sounded a call for immunity.

Williams was unambiguous in his signals that prosecution could follow the commission of enquiry.

Both appealed to Chairman of the Commission David Simmonds.

With Williams observing intently, Martin said: "As a creature of statute, information will be garnered so that he now can come here to use this forum to achieve that which he could not under the INDECOM Act."

Disclosing that police personnel along the chain of command were expected to participate, Martin argued that testimonies included sensitive information from witnesses.

She stressed that this information must be channelled to the commission through lawyers who are not only equipped, but restrained by the rules under which they operate. As such, Martin said concerns had been raised among personnel that it should be treated with in a very sensitive way. "They are afraid to give information to ferret out truth instead of being prosecuted."

She said INDECOM, through Williams, had made clear its agenda in continuing investigations.

"Information has been submitted and is yet to be submitted, including from senior officers, that is significant to the terms of reference," Martin said.

The information, she stressed, would not necessarily be provided in a normal prosecution bearing in mind that the objective of a commission of enquiry is different.

She argued that in such a forum, Williams and his team would benefit from some questions that he could not ask. "Will they (police personnel) be questioned, and what will happen when they leave here?"

Martin said the officers indicated that while they wanted to testify, they were querying whether considerations were being given to the issue of immunity.

"Until the police are clear, there is real concern," said Martin. "We have a lot that is relevant and sensitive. This is not merely the threat of prosecution with INDECOM, but how it will be handled."

Martin was supported by Champaignie. "Part of the mandate is that their (members of the JDF) rights would not be prejudiced in any way. some members of the JCF before the court face the real risk of rights of person being prejudiced," he said.

"We, too, want to be frank and transparent, but we fear that the JDF would be prejudiced... " said Champaignie.

It was at this point that Simmonds requested a list of suspects. With Williams saying that he had no list, Martin expressed concern that Williams knew who he wanted although there was no list. She, therefore, asked for clear guidelines as to how the commission should proceed.

In his defence, Williams argued that the issue was not one regarding INDECOM per se.

"If we were not represented, others could ask questions," he said.

Williams referred to the Commissioner of Enquiries Act, which makes provision that commissioners have the same power and authority in asking question.

He said during the enquiry, witnesses would be "clothed" with privilege against self-incrimination.

Williams argued that the ambit of the commission went beyond the scope of the truth and reconciliation model.