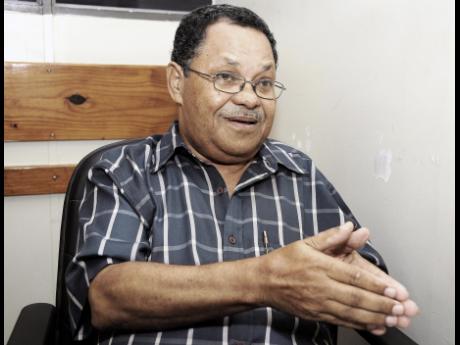 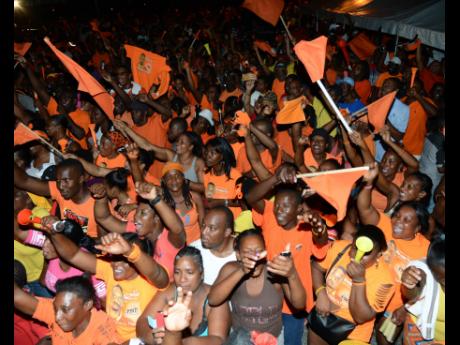 Ian Allen
Ian Allen/Photographer A massive crowd celebreates after the PNP's Dwayne Vaz was declared the winner of the by-election in Central Westmoreland last week.
1
2

The People's National Party (PNP) has held all three Westmoreland seats since 1989, and political activist Troy Caine expects this trend to continue for some time.

Days after another PNP victory in Central Westmoreland last week, Caine was asked whether the Jamaica Labour Party JLP has any chance of winning in Westmoreland. He was quick to declare "no".

Caine noted that when Fredrick 'Slave Boy' Barker went to West Westmoreland and beat Clifford Campbell in 1955, it was the beginning of the end for the JLP in the parish.

He said, however, that the calibre of candidates that were placed on the PNP ticket in the 1989 election, coupled with the removal of one of the four seats in 1993, have made the Comrades unbeatable in the parish.

"The PNP never wanted to have that fourth seat because when those boys in the JLP cut it in 1967, it took in all the conceivable JLP areas Ö . The longer they had a fourth seat in Westmoreland, the possibility exists the JLP could win there," Caine said.

He said with three seats there, the weakest being Central, it is virtually impossible for the JLP to win in the parish.

"The PNP in 1989 started with a strong man in Kenneth McNeill. There was Headley Cunningham, who was the Speaker; there was (Karl) Blythe, who was superpowerful; and in the East was [P.J.] Patterson. That kind of nucleus of very serious practitioners who were elected there in 1989 took control of the parish," said Caine.

But JLP deputy leader in charge of Area Council 4, J.C. Hutchinson, believes the party has been let down in Westmoreland by poor organisation and a lack of 'stick-to-itiveness' on the part of those who have offered themselves for election on the JLP's ticket.

"I don't think there is one in Central Westmoreland who has run twice," Hutchinson said.