Don't be a jelly fish 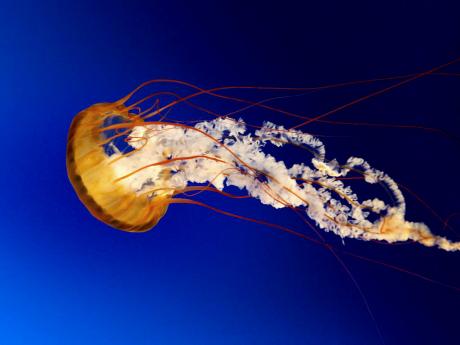 DEAN OF the College of Business and Hospitality at Northern Caribbean University (NCU), Earl Green, has warned honour roll students at NCU's East regional campus against adopting the mentality of a the jellyfish, a creature he describes as one which "drifts with the whips of the tide".

Green, who previously worked at the University of Technology, prefaced his analogy with the question, "Now that you have achieved academic achievement, what next?"

Many achievers, he argued, merely sit on their laurels, maintaining the status quo, rather than creating real change.

"You can create change by engaging in meaningful professional projects," said Green, whose work experience includes being a consultant to the Inter-American Development Bank, the World Bank, the Latin American Energy Organization and the Government of Jamaica.

He noted that failure to take risks and to accept responsibility is a deterrent to success. Green said in an earlier period of his life, as he considered entrepreneurial options, he had merely wasted time around "bright people and colleagues who had spent the time talking about the risks, and they never got past the discussion points."

Such a group, he opined, operated like the jellyfish in the water but "had no impact on the ocean".

Green, who quoted Marcia Shepherd, said, "sometimes the only transportation available is a leap of faith."

As personal testimony, he revealed he would later taste success at his consultancy venture, when he decided to take the plunge on his own.

"We lose our effectiveness when we operate like the jelly-fish," he told the students at a function recently.

Metaphorically, a better option he suggests, to the jellyfish, is to adopt the assertive approach of the shark, whose presence in the water prompts action, and which has an innate instinct to influence the actions of those in its surroundings.