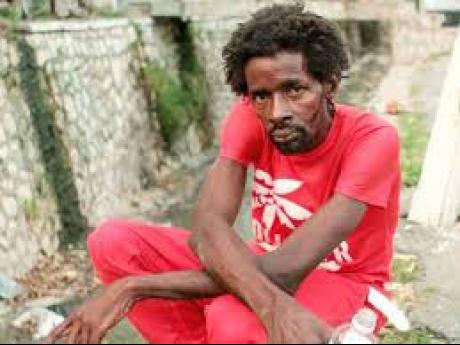 Overnight recording artiste, Gully Bop, made a successful debut at Sting this morning.

The deejay only has three officially recorded songs to his credit, however, his performance at 7 o'clock on Saturday morning hardly showed any weakness.

Introduced as the fastest-rising recording artiste in the history of Jamaican music, Gully Bop, dressed in red and white, used quirky freestyles and controversy to hold the aggressive Jam World audience in Portmore, St Catherine, for over 15 minutes, during which he received several encores.

While delivering his lyrics in similar fashion to his mentor-turned-rival Ninja Man, Gully Bop had the audience at his mercy as he belted freestyle after freestyle.

Sting has developed a reputation for being an event where creative individuals use music to express their grouses with other artistes, and despite having only a two-month career, Gully Bop seemed to fit in just fine with the other dancehall acts as he extended musical challenges to Black Ryno, Ninja Man and Alkaline.

None accepted his challenge.

However, the audience made a feast of Gully Bop's lyrical attack on some of Jamaica's most celebrated musical acts.

"It was a nice experience performing at Sting. Ninja Man run and Black Ryno love run up on stage but him never try that with me because him afraid. The people dem love me and for 2015 Gully Bop career will stand tall. Mi have nuff nice songs and mi nah talk about slackness, mi a talk clean music. A true some a dem song here a dem mi buss wid mi a gwaan do them," he said.

Harriot told The Gleaner that the artiste would have his first appointment this Monday.

She also said if Gully Bop attends all of his appointments, his dentures will be fully completed by early 2015.

"He definitely has talent and charisma and when the process is completed it will add more value to his package," she told The Gleaner.

WATCH: Holiday Greetings from Kingston to the World