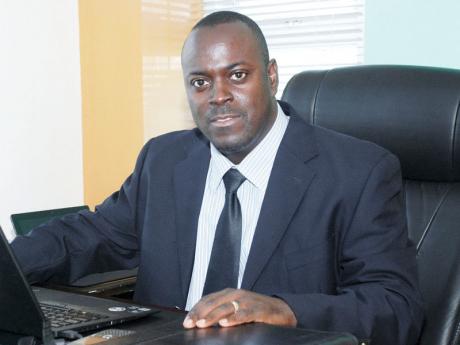 The Jamaica Gasolene Retailers Association (JGRA) has dismissed claims by RUBiS that it has been and continues to be fully transparent with its business practices, accusing the French-based petroleum marketing company of "conducting business without conscience".

"They have still not addressed the constitutional issue of the dealers' rights to be represented by the JGRA and are seeking instead to have one-on-one discussions with dealers, which we believe is an affront to the well-established practices and legal rights of our dealers," JGRA President Leonard Green told The Gleaner yesterday.

He was responding to issues raised by RUBiS in a press release earlier in the day, over the signature of Raymond Samuels, retail manager of RUBiS Energy Jamaica, which says it would be fully open to any audit of its business practices by the Fair Trading Commission (FTC).

The JGRA, which is a registered trade union and advocates on behalf of service station dealers with all stakeholders at all levels, including employees and marketing companies, has come out in opposition to some aspects of new business practices RUBiS plans to implement, come Thursday, January 1. These include the company's insistence on prepayment for products, banker's guarantee for fuel supplies, payment of franchise fees in American dollars with increases of up to 300 per cent in some cases and what the JGRA describes as "one-sided and oppressive contract terms".

The new measures were set to come into effect on December 15, but were put off following a meeting with Energy Minister Phillip Paulwell at the insistence of the trade union which has declared its intention to initiate a series of protest actions which could result in disruption of fuel sales in the petroleum retail trade.

However, while defending the company's business practices as prudent, Samuels hinted that imposition of the new measures might not start with the New Year.

"I don't want to fixate on deadlines," he said when pressed on the matter.

The retail manager went on to explain that while RUBiS is willing to engage the JGRA, there was a need to appreciate that it intends to treat the operational and contractual aspects as separate sides of its business operations with dealers.

"There are different aspects of our business - commercial, industrial and retail - and we have taken the position that retail is cash business. And we are not entirely opposed to giving credit, but you have to manage your cash conversion prudently," Samuels disclosed.

He explained that while RUBiS does benefit from a credit, arrangement with Petrojam, it is less than the 14-day window the JGRA claims.

In addition, the retail manager explained that RUBiS does offer credit to commercial customers who use fuel as an input for their business. However, when fuel is sold at the pump it is a finished product for which the dealers collect cash, hence its insistence on the cash-on-delivery method of payment.

"The current business environment requires that RUBiS adopts more prudent business practices to ensure the viability of the company and we have been affected in the past by uncollected receivables.And the issues raised in the media are largely related to payment terms for fuel which are private matters between the company and its dealers. We have a unique relationship with each dealer, based on the relationship over the years," Samuels said.

However, the JGRA president has expressed disappointment with the RUBiS release which he contended sought to distort and mask the real issues.

Green argued that the implementation of the new measures would put many dealers at risk of bankruptcy.

"We are going to escalate our protest action and the Government will need to intervene as a party to the action. The Government has to first secure the interests of its citizens in their economic and social endeavours and, therefore, we believe the Government should come to the rescue on behalf of the nearly 50 affected dealers, staff and their extended family," he appealed.

Last week, Paulwell said he would be guided in future talks with RUBiS, using the findings of an investigation into the petroleum retail trade conducted by the FTC.

However, FTC Executive Director David Miller told The Gleaner yesterday that the last time the commission looked into the direct relationship between service station dealers and the market place was a long time ago and, as such, the information might not hold true for today.