The global context of Jamaica's achievement of universal adult suffrage 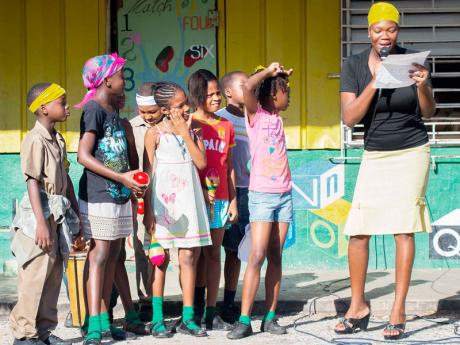 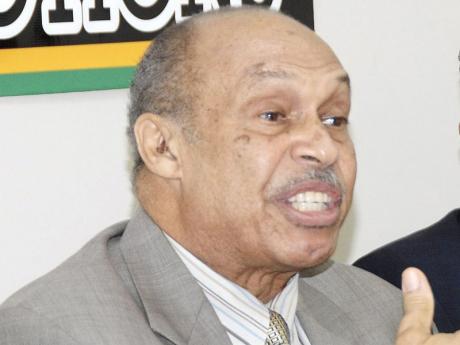 For example, Jews in Jamaica obtained the right to vote in Jamaica in 1831 before Jews in Britain were granted similar rights in 1838. The implementation of universal adult suffrage in the general elections of 1944 is but another example of this general pattern.

The foundation principle of democracy is that all members of a community have an equal share in the governance of that community. This equal share is expressed by the right to vote when decisions must be made.

Historically and globally, the right to vote began with some men. France, through the French Revolution, was the first country to institute universal manhood suffrage where all male citizens, age 21 years and older, had the right to vote.

Countries that followed the French precedent were Mexico 1847, Switzerland 1848, the German Empire 1871, Greece 1877 and the United Kingdom 1918. These countries that granted all males the right to vote did not give the same rights to women immediately.

Instances of some high-status women casting votes can be found in several places across the world. Advocacy for women suffrage, however, dates back to the Women's Rights Convention at Seneca Falls, New York in 1848.

Countries in which the women suffrage movement took hold were the United States, some countries of Northern Europe, Britain and the self-governing colonies of the British Empire.

The first state to implement universal adult suffrage was New Zealand in 1893, where all men and women of 21 years and older, whites and Maori, were granted the right and voted in elections. However, women were not allowed to run as candidates until 1920. Finland, in 1906, not only granted all men and women 21 years or older to vote but also gave them the right to run as candidates. Hence, there is some merit to Finland's claim of primacy in implementing universal adult suffrage. States that followed included Norway 1913, Denmark 1915, Germany and Poland 1918, the Netherlands and Sweden 1919, the United Kingdom 1928, Thailand 1933 and Lebanon 1943.

When universal adult suffrage was implemented in Jamaica in the general elections of 1944, Jamaica became the third state in the British Empire to conduct elections on this basis, preceded only by New Zealand and the United Kingdom, the mother country of the Empire.

In the wider global context, the end of World War II saw the adoption of universal adult suffrage across the world as exclusionary factors such as gender, race, ethnicity, education, and religion were removed as conditions for voting. Indeed, some countries that had led in granting men the right to vote lagged in according women the right to vote on the same basis as men. Countries that instituted universal adult suffrage in the post-World War II war period included: France 1945; Italy and Japan 1946; Argentina and Mexico 1947; Belgium 1948; Chile 1949; Greece 1952; Bolivia and Egypt 1956; and the United States 1965.

The critical and vastly important point that must not be missed is that universal adult suffrage, implemented in the general elections of 1944, placed Jamaica in the top-tier of states in the Commonwealth and across the world that premised democratic governance on this foundation.

As critically important is the fact that among the countries in 1944 that conducted elections on the basis of universal adult suffrage, Jamaica was the only colony, the only state with a black majority and the only small state with an economy based largely on agriculture.

What explains Jamaica's unique position among the select groups of states in 1944 that conducted elections on the basis of universal adult suffrage? The essence of the explanation resides in the British colonial system, the nature of Jamaican society and its electoral history. The starting point of the explanation resides in the fact that in 1944 universal adult suffrage accompanied the implementation of responsible government.

Initially, the British had two patterns of governing colonies Crown colonies, and colonies with assemblies and vestries. Common to both were governors appointed by the Crown who had executive responsibility to run the colony, aided by public officials and advised by a Legislative Council comprised of members appointed by the Crown and the governor. Crown colonies were governed by this basic element.

Following the revolution of the North American colonies to form the United States, and to head-off similar revolts in other colonies, the idea of responsible government emerged and was debated by the Colonial Office in the 1840s and 1850s. The idea of responsible government was that the governor should be accountable to the Assembly comprised of elected representatives.

Originally, the franchise to vote in Jamaica, as in other British colonies, was ownership of freeholds of a specific value or the payment of taxes above a certain amount. However, the franchise was restricted to white men, age 21 years and above. In 1830, free coloured and black men were granted the right to vote followed by Jewish men in 1831.

After the end of slavery in 1838, and the burst of enterprise by the newly emancipated, whites were outnumbered in the electorate by 1849. Ironically, where Jamaica abolished race as a disqualification for voting, race was used by the British to hinder Jamaica's advancement in democracy.

In the decision making that took place in Britain in the 1850s, responsible government was granted to the colonies with white settler majorities as was the case with Upper and Lower Canada, Australia and New Zealand but deliberately denied to Jamaica, solely on the grounds of race. There was great apprehension of brown and black men gaining the ascendancy in the Assembly.

What followed in Jamaica was the manipulation of the electoral system by governors and the white oligarchy that controlled the Assembly to disenfranchise brown and black small settlers. The end result was the Morant Bay Rebellion, following which the Assembly voluntarily abolished itself and invited Crown colony government.

By 1943, Crown colony government in Jamaica had failed. The social unrest of the late 1930s made that failure abundantly clear. Responsible government, which had been denied in Jamaica, 90 years earlier, solely on the basis of racial consideration, had to be conceded. In the intervening period, the franchise to vote had shifted from men owning property to manhood suffrage, followed by women suffrage.

Often Jamaica's achievements are viewed through insular and parochial lenses which exclude their global context and significance. When these are taken into account, it should be recognised that Jamaica has import within the world far beyond its size and economy. Universal adult suffrage is but another example of this general pattern.

Professor Errol Miller is a former chairman of the Electoral Commission of Jamaica.