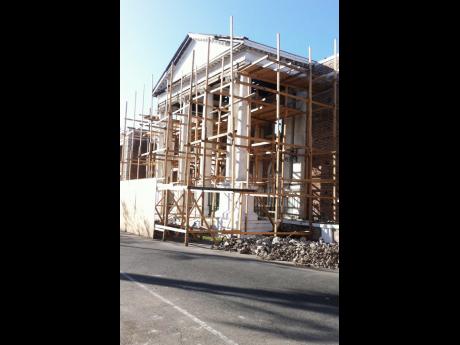 THE OLD Capital Spanish Town has a rich history. One that mayor of the St Catherine capital Norman Scott feels can propel the tourism potential of the township and bring in much-needed foreign exchange and provide employment for residents.

"The tourism potential of Spanish Town and by extension the entire parish of St Catherine is tremendous, and during my tenure, I will ensure that we move in the direction to actualise this dream," Scott told Rural Xpress.

Phase one of a comprehensive restoration and beautification project to include Emancipation Square, the Old King's House, the Cast Iron Bridge and the museum began on Monday.

"When I started as mayor, there was an existing plan in place to undertake the development of these projects," said Scott, adding that he realised that this development was critical to the economic growth of the parish and as such, he did not put the plan on the shelf.

"I immediately started to lobby the relevant entities for funding to start the project," he continued.

The mayor informed that the Tourism Enhancement Fund responded and has so far made $23 million available to commence work on phase one of the restoration and beautification project.

Scott told Rural Xpress that the improvements to the bridge will see steps being built so that tourists visiting the attraction can behold its beauty which is only visible from below the bridge. He disclosed that gift shops complemented by a Devon House style facade will be a part of the improvements at the Old King's House, while accommodation for workers and rest booths for tourists will be included in the project.

"This will all be accomplished in phase one as we seek to bring back the old capital to its former glory and historical significance in the western world," Scott stated.

He pointed out that when the project is fully completed, the economic potential of the parish will be realised. Residents, he said, will get quality jobs in the tourism sector.