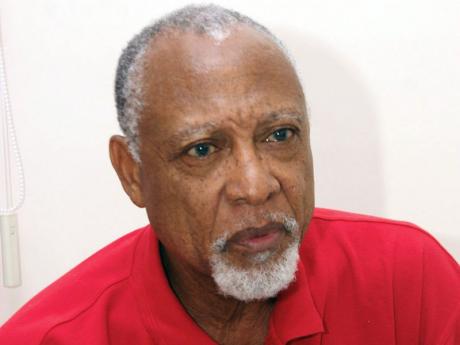 WOODSIDE, St Mary:THE DEEP-rural community of Woodside, St Mary, came alive on Sunday when family, friends, and colleagues gathered to reflect on the life and legacy of the late Professor Barry Chevannes.

A former dean of the Faculty of Social Sciences, University of the West Indies, Mona (UWI), chairman of the Ganja Commission, and authority on Rastafari, Chevannes died in 2010.

The first segment of the annual event was held at the Barry Chevannes Rural Sociology Lab, located in Rock River in the community. Members of the group reflected on the life of Chevannes. The second segment, held at Blackspace in the community, saw the group having lunch and remembering Chevannes and his contribution to the society.

"For me, Barry Chevannes has always stayed with me. He influenced most of the things I do," said Dr Orville Taylor, senior lecturer in the Department of Sociology, Psychology and Social Work, UWI.

"If you are an anthropologist and trying to study people's lives, it is totally hypocritical to have these things at the theoretical level and not be practising it."

Chevannes also contributed to music. He was a song composer and singer and was acclaimed for his baritone voice.

Jamaican poet Velma Pollard said as tremendous as Chevannes' academic work was, he touched the world more with his music.

She noted that the audience for academic is limited to people who open a book.

"Academics is great, but music is mind-blowing because of the points where it has reached," Pollard told the gathering.

Pauletta Chevannes, widow of the late professor, said most of his work was not speaking, but doing through advocacy. She noted that Chevannes saw August Town as part of the UWI and he was very involved in the Violence Prevention Initiative.

"What he did was actively get involved. Sometimes we advocate by speaking, but sometimes we silently go into those spaces and advocate."

Amba Chevannes, daughter, told the group that her father believed in equality and freedom.

"At the root of everything was his belief that we all have a right to exist as we are ... to live in dignity and justice."