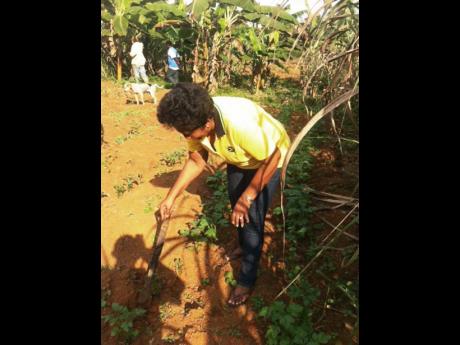 Ruddy Mathison
Tenn is leading an effort to get female members of the community involved in Irish potato, sorrel and tobacco farming. 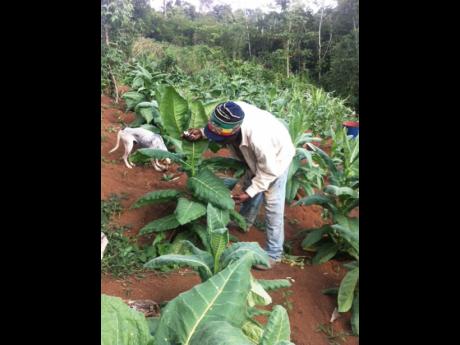 Savannah, a small predominantly farming community in west central St Catherine, with an estimated population of more than 3,000 residents, is making moves to attain self-sufficiency.

Faced with the prevailing challenge of bad road conditions, there has been major progress towards community integration and the development of an economic model to benefit residents.

The formation of the Savannah Citizens Association and Farmers' Group some years ago is the only community-based organisation that is at the forefront of this effort.

President of the Citizens Association and Farmers' Group, Ruby Tenn, told Rural Xpress that her motivation to take the lead in organising the community is due largely to the interest shown by residents in its development.

"Savannah is a working community that relies on farming as our mainstay. What we have done is diversify our agricultural crops so we don't have to go to the Linstead market to get the food we need," Tenn revealed.

She disclosed that the model of engaging in the cultivation of a wide range of crops such as ginger, sorrel, vegetables, banana, yam, cassava and more, are proving very profitable, not only to the farmers involved but the wider community.

"We stage community farmers' markets from time to time which give farmers the opportunity to market the different range of produce right here, eliminating the physical distance of going elsewhere," the community leader declared.

According to Tenn, who is leading an effort to get female members of the community involved in Irish potato, sorrel and tobacco farming, more women and young people need to come on board and be a part of what is being promoted.

She underscores the need for immediate attention to be paid to all roads leading into the community, which she stated is retarding the progress of some farmers who wish to take produce to the market, and the sick who have to be transported to the Linstead hospital.

Meanwhile, farmer and motivator for the community, Raymond Harrison, said he has been given the responsibility of developing sporting initiatives for residents in addition to motivating farmers.

"A community centre and a playing field are badly needed so we can engage the young people in sporting activities to keep them away from crime," Harrison stated, while pointing out that the community does not suffer from a crime problem.

He praised Tenn's leadership in the community, disclosing that he had long heeded the call for crop diversification even to the point of including tobacco cultivation, a pound of which he claimed is sold for $3,000.

Lloyd Lungrin, a veteran farmer who has been cultivating various crops in Savannah for 38 years, acknowledged the contribution of Tenn in leading the community.

He said she has inspired the entire community.

Lungrin, however, is of the view that more help should come from the Ministry of Agriculture in the form of fertilisers for farmers.

He added that praedial larceny is not a major problem for farmers in the community.